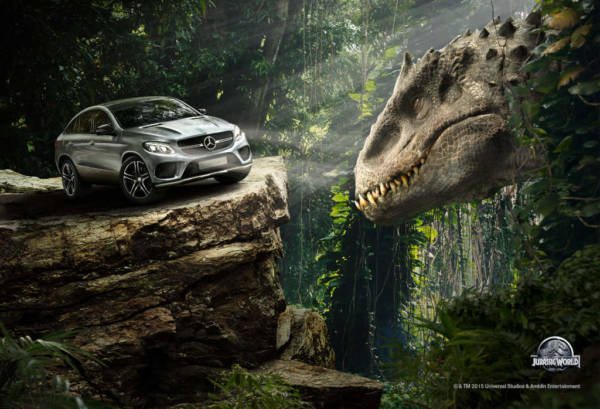 The second part of Jurassic Park series, The Lost world, released in 1997, marked the first official appearance of the Mercedes M-Class in Hollywood. Now, 18 years later, as the world awaits to revisit Isla Nublar in the next installment of the Jurassic Park series, Mercedes prepares to unveil its newest car, the GLE Coupe, along with the release of the science fiction. Alongside the iconic G-Class, Unimog, Sprinter models and the all-new GLE Coupe will play a leading role in the epic action-adventure. 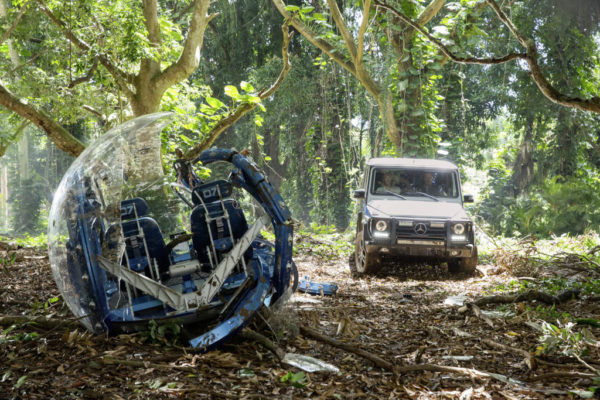 The Mercedes-Benz GLE 450 AMG Coupe makes its film debut as the official car of Jurassic World operations manager Claire, played by Bryce Dallas Howard. In addition, we see Owen (Chris Pratt) piloting the G-Class, the patriarch of all Mercedes-Benz SUVs. The film also features the Unimog, cast as a dinosaur ambulance, as well as a G 63 AMG 6×6 and various Sprinter models.

Check out this trailer of the Jurassic World that is also the world TV commercial of the Mercedes-Benz GLE Coupe:

Impressed? Make sure you don’t miss few of the making of the shots of the Jurassic World in the video below:

Jurassic World is scheduled to hit the Indian screens on June 12, 2015. Excited? I am. Share your views with us through the comments section below.