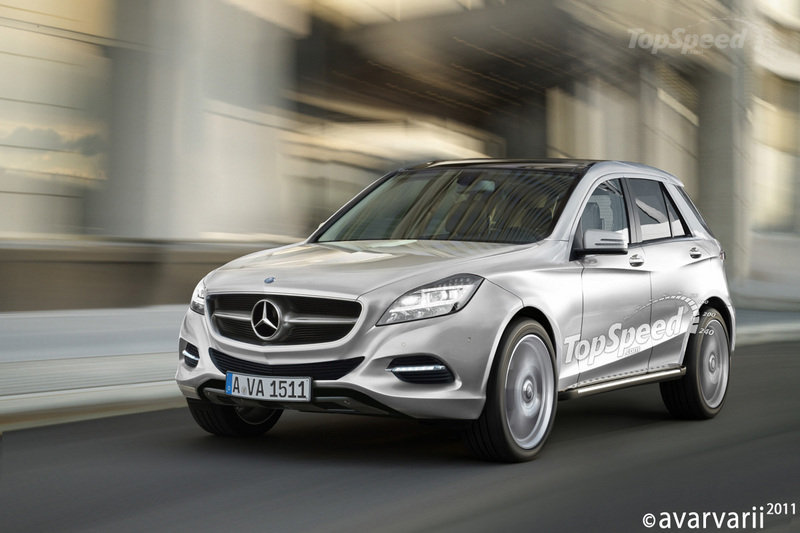 The moment any auto company introduces a new and successful product the rivals come up with their own version of the same product. Auto Biggies like the Audi, BMW & Mercedes Benz are constantly in a race to introduce similar platform vehicles to give the buyer a broader spectrum of choice. BMW made the first mark in the mini-SUV segment by introducing the X1. Many disapproved the car, but more people loved it. And the car is doing exceptionally well in the Indian, as well as the International market. In no time the Audi camp was ready with their double downsized Q7 which was their version of the mini-SUV – the Q3. The Audi Q3 which will make its Indian debut late 2011 or early 2012.

Now finally Mercedes Benz is planning their own mini-SUV which will be named BLK-Class. We have some image rendering done and the car looks like it has drawn some serious inspiration from the recently introduced A-Class Concept right from the headlight, the front grille, coupe like roof line, the creases on the flanks and the hatchback rear end.  The mini-SUV BLK Class is based on the Mercedes Front-wheel drive architecture (MFA) which will also be seen on the A & B Class.

Engine options for this one are many, the ones speculated are the 1.8 lit petrol which makes 168bhp to 200bhp. Then there is the 1.6lit Renault diesel engine which comes from the Daimler-Renault partnership making 120bhp. Finally the Mercedes might put in the 2.1 liter diesel which makes power ranging from 170bhp to 204bhp. Whichever engine Mercedes decides to plonk will be mated to the six speed manual and the six speed dual clutch auto box.