After celebrating over 125 years of motorsports, German luxury car manufacturer, Mercedes-Benz is all set to enter the upcoming season of the 2019/20 ABB FIA Formula E Championship. Their two Formula E cars will first be seen in Saudi Arabia by the end of November 2019 and both these cars will be driven and managed by the brand’s latest EQ Formula E Team. The driver team includes ex-Formula 1 driver Stoffel Vandoorne and current FIA Formula 2 championship leader Nyck de Vries, while the team principal, Ian James, will be leading the Mercedes-Benz EQ Formula E Team throughout the season. 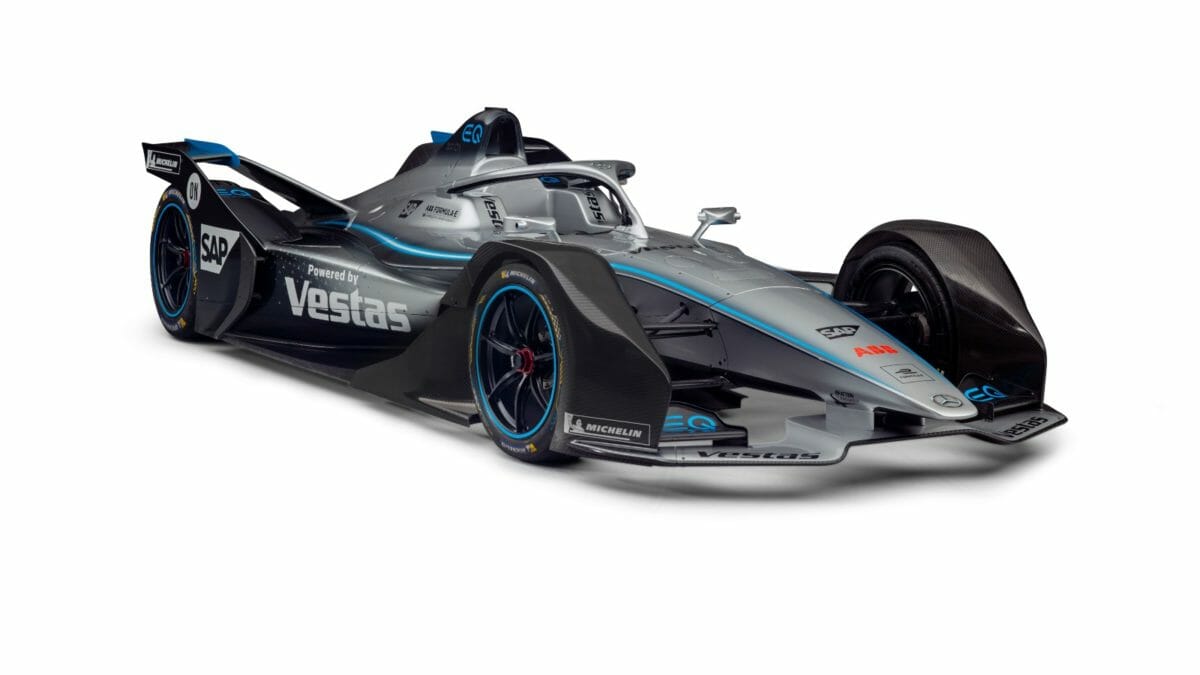 The new drivers, Stoffel Vandoorne and Nyck de Vries have been specially recruited as they have some prior Formula One and Formula E experience, apart from being highly promising. Stoffel is now about to embark on his second season in the electric racing series, after racing as a rookie for HWA RACELAB in the previous season. At the same time, he can also look back on his experience which he gained in 41 Formula One Grands Prix. On the other hand, Nyck is about to commence his debut season in Formula E. With four races still remaining in the 2019 FIA Formula 2 Championship, he currently leads the drivers’ standings. His final round is scheduled to take place as part of the support programme to the Formula 1 season finale in Abu Dhabi one week after Nyck’s Formula E debut. 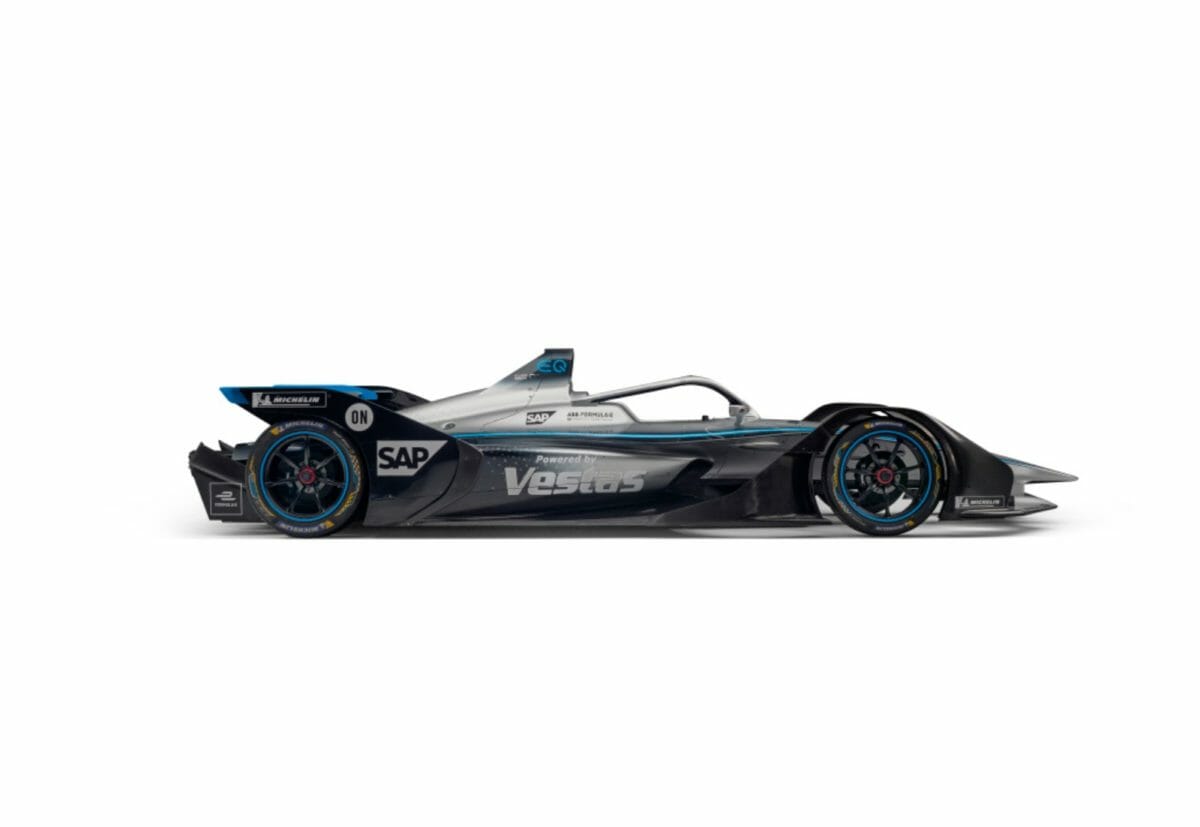 Talking about the car, the Mercedes-Benz EQ Silver Arrow 01 is a one of a kind model. The car gets an overall length of 5160 mm, a width of 1770 mm and stands 1050 mm tall. The car also gets an overall wheelbase of 3100 mm and a total weight of 900 kgs, with the driver included. Talking about battery and performance, the battery weighs 385 kgs, has a capacity of 52 kWh and can fully charge itself in just 45 minutes. The maximum power output during qualifying and practice stands at 340 HP, however, during the race, the standard power output stands at 272 HP. The Silver Arrow 01 also gets a top speed of 280 km/h, while managing 0-100 km/h in just 2.8 seconds.

Also Read: FIA Tests A New 50% Scale Model Of The 2021 Formula One Car In A Wind Tunnel 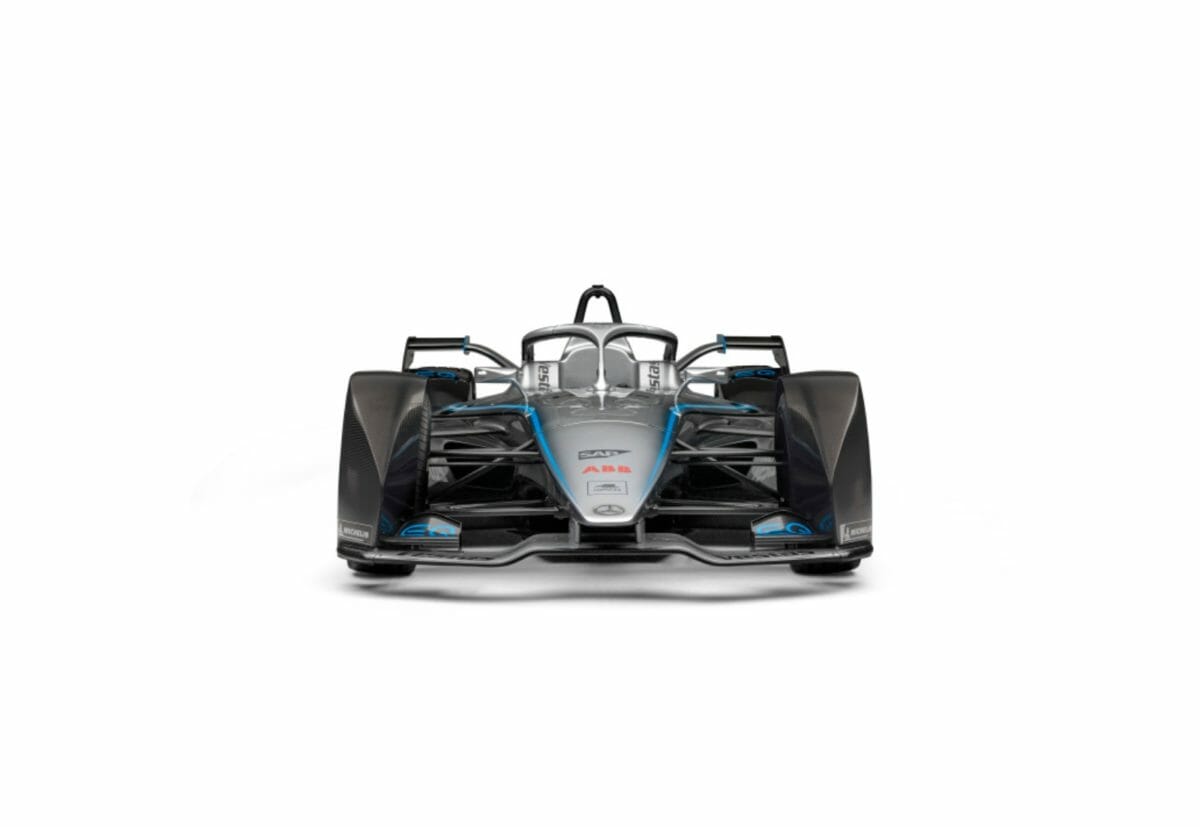 “In Stoffel and Nyck, we have recruited two formidable and adaptable drivers who can continue to learn and grow with us in our debut season in Formula E,” says Ian James, Team Principal of the Mercedes-Benz EQ Formula E Team. “At Mercedes-Benz, we can look back on 125 years in motor racing. However, we know that Formula E is very different from any other series we have ever competed in. We are doing everything we can to achieve success, but we know that we have a steep learning curve ahead of us.” 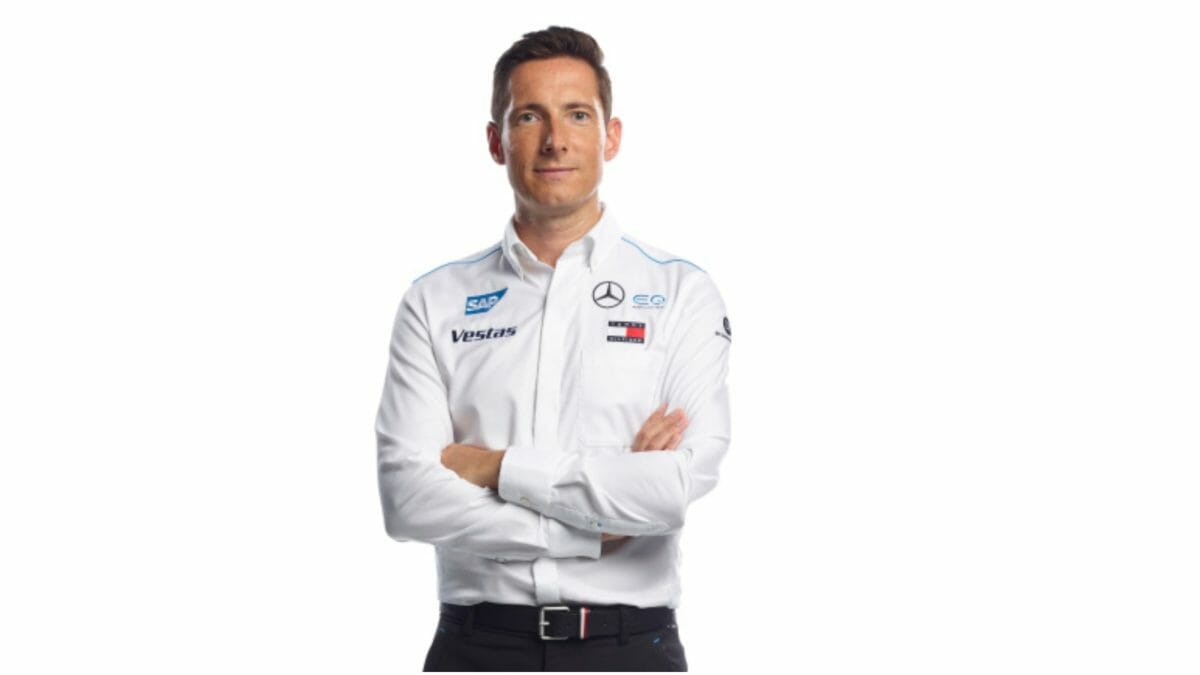 “The collaboration between Affalterbach, Brackley, Brixworth and Stuttgart are going to be hugely important,” adds Ian James, who was officially introduced as Team Principal at the IAA in Frankfurt. “Fortunately for us, the experts who develop our Formula E powertrain have already accumulated a great deal of experience with Formula 1 hybrid power units. This knowledge transfer is helping us immensely, but Formula E is a completely different challenge, and we shouldn’t underestimate that fact.” 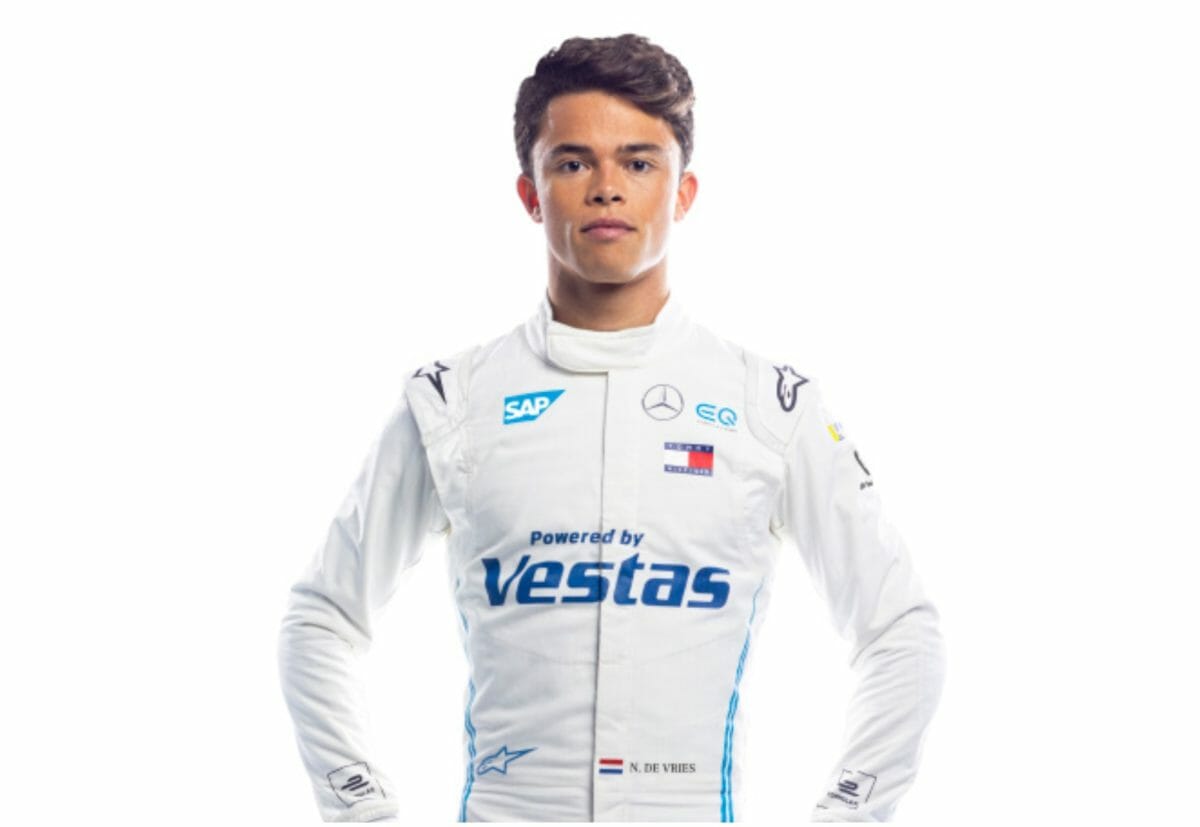 “It’s a very special feeling to be asked to drive for Mercedes-Benz EQ in Formula E, and I am honoured that the team have chosen me as one of their two drivers,” says Nyck. “Formula E is a great platform that has already established itself as one of the biggest and most professional racing series outside Formula 1. It’s a great opportunity, for which I’m really grateful to Mercedes. I’ve had an excellent reception from the team, and it’s great fun to work with them. But ultimately, it will all depend on the performance on the race track once the season starts. It’s all pretty new to me. That’s why I honestly haven’t thought about setting myself any targets for my rookie season. Essentially, Mercedes are aiming to be contenders for race wins and championship trophies. Hopefully, this will happen sooner rather than later. But until then, the team and I expect a steep learning curve before we can become truly competitive.” 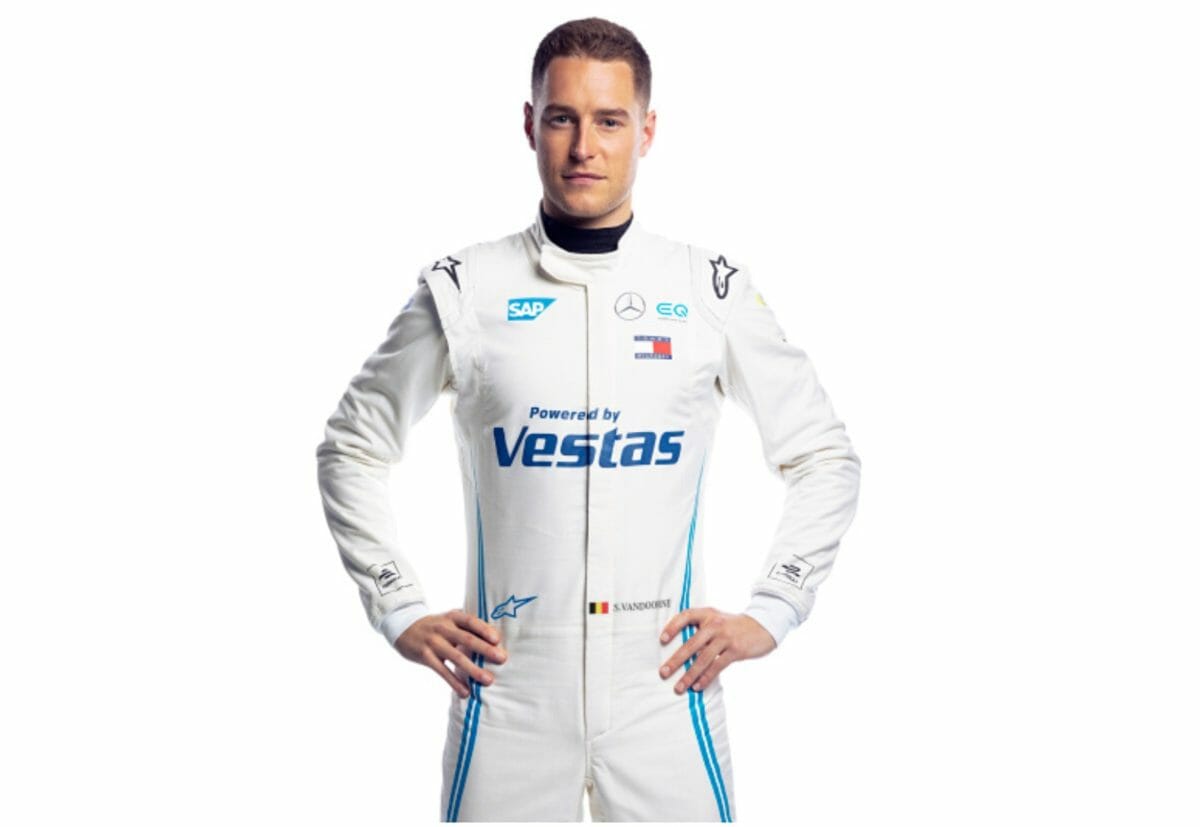 “I’m absolutely delighted to be joining Mercedes,” says Stoffel. “I’ve already gained experience of the series racing for HWA last year. I am very pleased to have now become an official member of the Mercedes family. The arrival of Mercedes on the scene is a great opportunity for all of us. The car looks fantastic. I am looking forward to seeing what we can achieve as a team. The potential is huge, and I simply can’t wait to get started.”