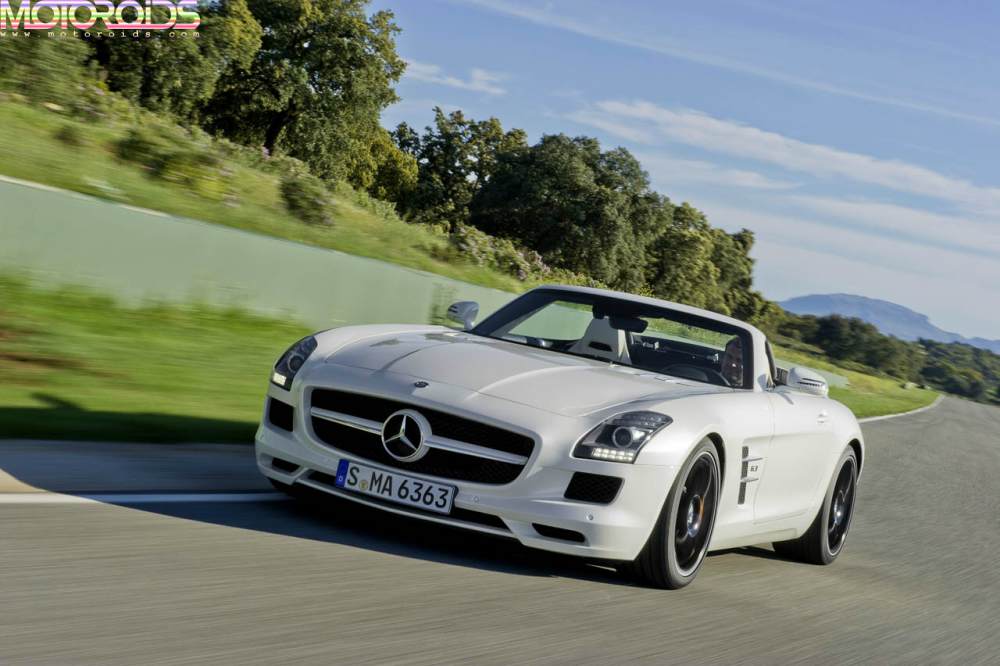 Weeks after partly revealing the roadster version of their SLS AMG, Mercedes have now officially unveiled the pictures and a video of the high octane sportster.

The Roadster version of the SLS AMG shares the engine and output figures with its hardtop brother, but weighs about 40Kg more. You can see the official video below, followed by the image gallery