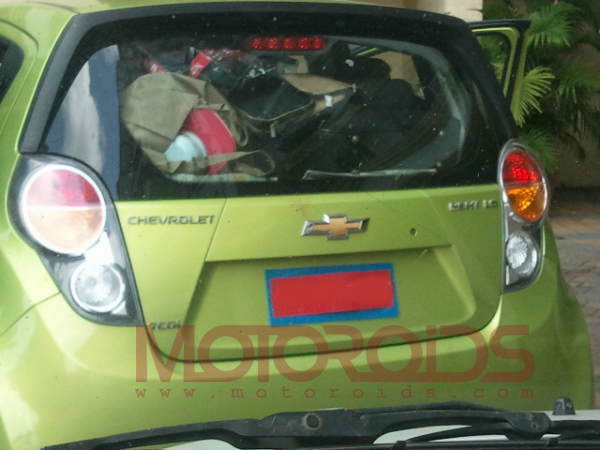 We have been very aggressively following the developments on the Beat diesel, as we think the car is going to turn out into one of the most important small cars in the Indian market in the months to come. Armed with an efficient engine which would suit city driving perfectly, the Beat diesel will offer an advanced diesel option at a very affordable price. Fuel efficiency would be great too, and coupled with its aggressive expected price, the new car may just become a huge hit.

The Beat Diesel, or the Beat TCDi will be powered by a 936cc turbo charged diesel engine. The unit is a three-cylinder derivative of the famed multijet unit created originally by Fiat. Power output will be rated at 58.46 PS at 4000 rpm, which may not look like a lot, but should be sufficient to propel this car reassuringly. To wipe out any doubts that you might have about the driveability of this baby, the torque output is rated at a very healthy 150Nm at a low 1750 rpm – much more than its petrol counterpart. Also, the fact that most of the torque is produced at very low rpm should make it a breeze to drive through slow moving, stop-start city conditions.

The Beat diesel will have the same dimensions as its petrol sibling; however, the weight would be higher at 1027Kg. Also, the tyres on the diesel variant would be wider at 165/65/R14 (the petrol version comes shod with 155 tyres). This is to accommodate the higher torque from the three cylinder diesel engine.

While no official word has come out on the pricing, the fact that this is just a three-cylinder engine, should make sure that the price is not much higher than the petrol version. Sources suggest a premium of Rs 50-60K over the petrol version for every variant, which isn’t much, really. People won’t mind shelling out that much extra money for a good looking and reliable small car with an efficient diesel engine, especially with prices of petrol rocketing through the stratosphere. We could not get hold of the ARAI efficiency figures of the car, but going by the fact that the Swift Diesel with the 4-cylinder version of the same engine has been rated at 21kmpl, it won’t be too optimistic to expect a 24-25kmpl rating for this baby. And with that sort of efficiency, it’s going to create a supply shortage for GM for sure. We are expecting a launch by the last two weeks of June 2011

We’re on our job to get some more details out on the car. So stick around, and discuss this topic on Motoroids Talks in the meantime, or just leave your valuable comment

PS: Thanks for the images Shashank