Mercedes-Benz has already confirmed plans for three additional derivatives of the S-Class and one of them will be a Pullman variant which will be the range-topping model. Seen here on this page are patent images of the model dating back to February 2013 when they were registered in the United States Patent and Trademark Office. The images have been leaked now on the cyberspace. 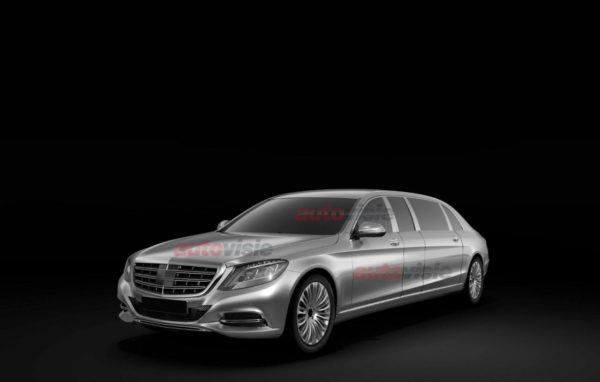 The S-Class Pullman version looks like a much stretched S-Class. According to reports, the model will have a length of 6.4 meters (252 inches) long. The model will be produced by Brabus and will fetaure a 2+2+2 seating arrangement with the four rear seats facing each other separated from the front ones by a privacy divider.

The S-Class Pullman will likely be introduced in 2015. Prior to that, Mercedes-Benz will be unveiling an extra-long wheelbase S-Class Maybach expected to make an appearance in November at the Guangzhou Motor Show. In the year 2016, the company will also launch the S-Class Cabriolet.