We have been reporting in detail about the Mercedes-Benz GLA compact SUV. Now, the car has been spied testing on the Indian roads equipped with sensors to record data. 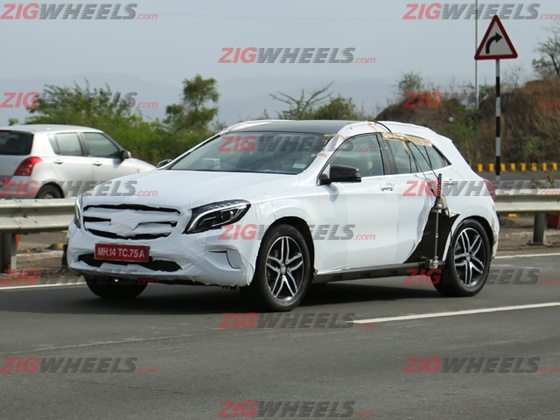 Mercedes-Benz India has already commenced the bookings for the diesel variant- GLA 220 CDI. The GLA 220 CDI can be booked with a payment of INR 1 lakh. Under the hood, the GLA 220 CDI will feature a new 2.1 liter diesel motor which churns out 136PS of max power between 3400–4000rpm and 300 Nm of peak torque between 1400–3000rpm. The car propels to 1oo kmph from standstill under 10 seconds and will keep accelerating until it reaches its top speed of 205 kmph. Also on offer will be a 1.6 liter turbocharged petrol motor which will churn out 156PS of max power at 3500rpm and 250Nm of peak torque between 1250–4000rpm. This Euro 6 compliant motor will enable the car to sprint to 100 kmph from standstill in 8.9 seconds before reaching its claimed top speed of 205 kmph. Both the engines will come mated to a 7G-DCT automatic transmission. 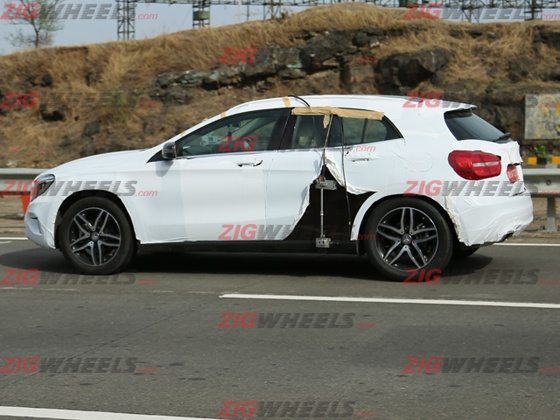 The car seen here in the images is the top-spec version and is running on AMG-spec wheels. The GLA rides on the MFA (Mercedes Front wheel Architecture) which also underpins the A-Class. The GLA sits taller than the A-Class and also gets a body cladding, skid plates and roof rails which complete the SUV’s appearance. On the inside, the car gets a similar setup as of the A-Class with the SLS inspired AC vents and the centrally located COMAND screen. 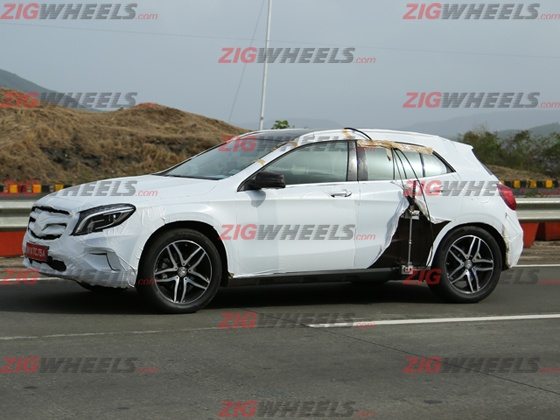 Merecdes-Benz India will be launching the GLA via the CBU route, similar to the A-Class and B-Class models. Deliveries for the GLA 220 CDI are expected to happen around September-October this year. The company will also launch the GLA 45 AMG at a later stage. 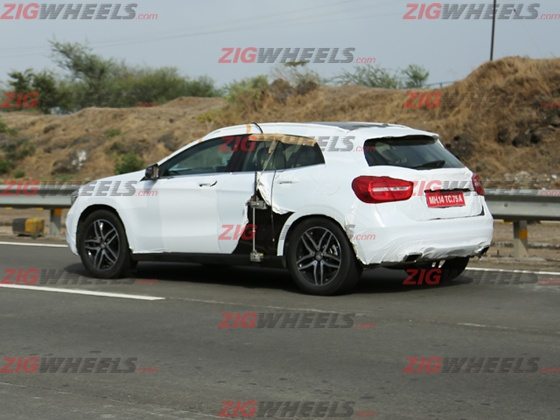 Stay tuned to Motoroids for more dope on the Mercedes-Benz GLA Compact SUV India launch and other details.