Mercedes-Benz India has opened a brand-new production facility in Chakan, Pune. The new facility is an extension of its existing plant (phase II) and is meant for assembling new generation M-B cars. The plant was inaugurated by Devendra Fadnavis, Chief Minister of Maharashtra and Eberhard Kern, Managing Director and CEO at Mercedes-Benz India. To celebrate the new facility, the German carmaker rolled out its first locally produced GLA, which first came to India in September 2014. Nine months down the line, M-B India has finally begun the local production of this compact crossover. This also marks the first time a FWD (new generation in M-B’s internal speak) compact car from the company has been assembled in India. 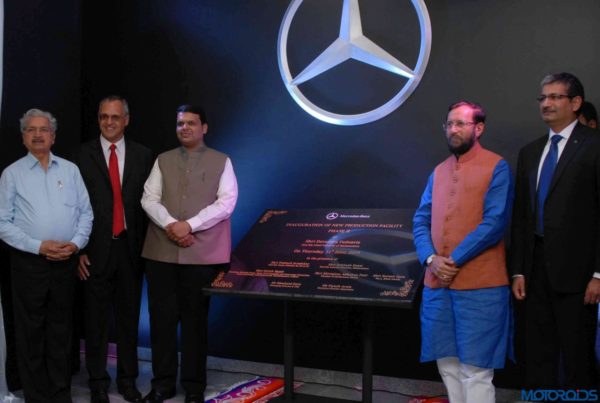 With the introduction of the new facility, Pune becomes one of the few M-B production facilities capable of producing compact cars along with sedans and SUVs. Beyond the Mercedes-Benz plant in India, this network comprises further locations in Thailand, Vietnam, Malayasia and Indonesia. Brazil is also expected to join the club in 2016 where a new assembly plant is currently under construction.

The new production facility is capable of shifting 20,000 cars each year (double of the previous 10,000 cars per annum) and takes the total investment on M-B in India since inception to INR 1000 crore – the highest investment by a luxury carmaker in the country. M-B India’s Chakan facility incorporates many high-tech engineering solutions to build its cars. These include advanced synchronised conveyer systems and the latest generation of Programmable Logic Controller (PLC). The latter provides greater flexibility to produce different models on the same production line. 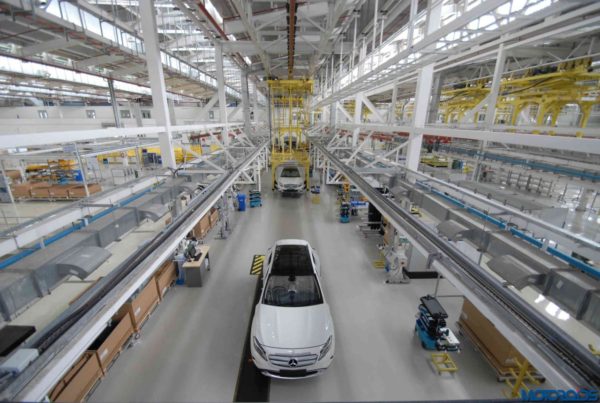 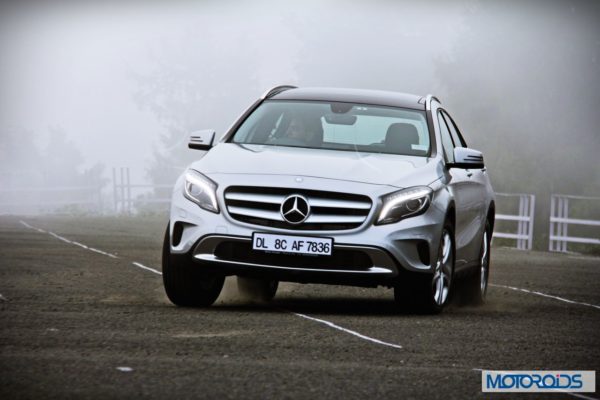 The new GLA is the latest entrant at the Chakan facility in Pune.

M-B India currently sells three variants of the GLA in India, but only two variants will be locally produced. These two include the GLA 200 CDI Style and GLA 200 CDI Sport. The petrol GLA 200 Sport is still brought into India as a CBU. The diesel cars are powered by a 2143cc, 4-cylinder CDI engine that makes 135bhp of power and 300 Nm of torque. This is sent to the front wheels via a 7-speed dual-clutch gearbox. Acceleration time from 0-100 takes 9.9 secs and top speed is 205 km/h. 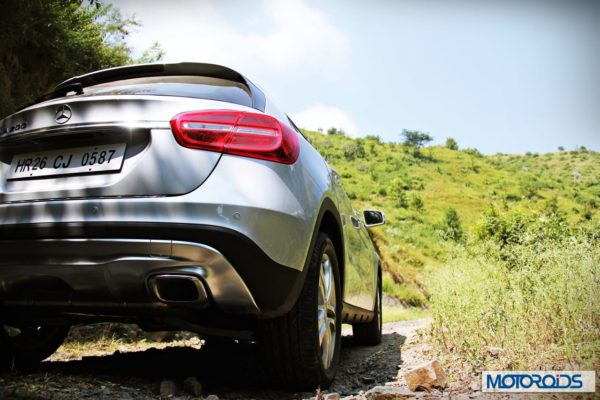 In India, the GLA is only available in front-wheel drive configuration.

Due to local production the prices of the GLA have come down. The GLA 200 CDI Style was earlier priced at INR 32.75 lakh, now it’s priced at 31.31 lakh (ex-showroom, Pune). The GLA 200 CDI Sport used to wear an INR 36.9 lakh suit, this has come down to 34.25 lakh (ex-showroom, Pune). These should be enough to allow you to opt for some extra goodies from the options list.

Mercedes-Benz has been assembling some of its car models in India for some time now, and the other models which get locally produced are the C-Class, E-Class, M-Class, Gl-Class and the flagship S-Class.

Click here for our comprehensive review of the 2014 Mercedes-Benz GLA.