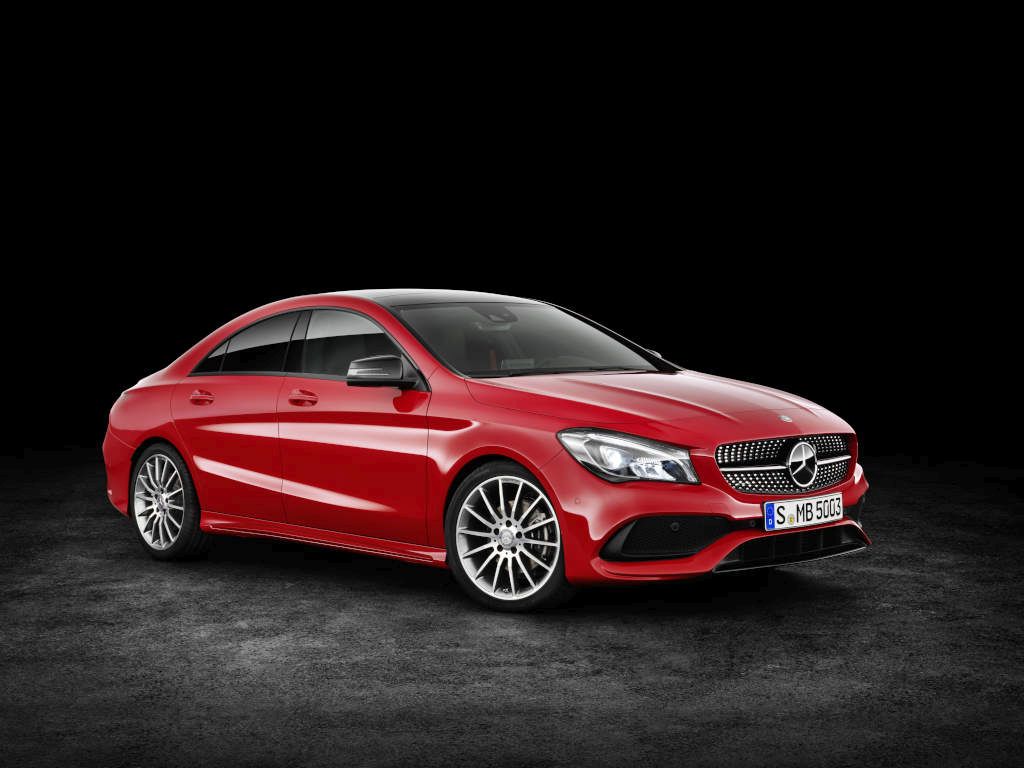 Mercedes Benz has officially released the images of the CLA class facelift for both, the standard sedan as well as the Shoot Brake model. The images have surfaced online ahead of its debut scheduled at the upcoming New York Auto Show. The facelift receives exterior as well as interior upgrades.

Aesthetically, the duo receives a diamond grille in a shade of black and a new bumper with a silver, black or chrome trim strip up-front. The posterior of the vehicle also receives updates in the form of a new rear bumper with integrated exhausts. Owners can choose from an array of alloy wheel designs. The CLA class facelift also gets a new colour option, namely the Cavansite Metallic Blue.

Speaking of the interiors, the CLA class receives a number of updates as seen on the A class facelift. The dashboard is available in new trim options such as matte black ash wood, aluminium with honey comb grain and black Dinamica microfibre. The 8-inch COMAND infotainment system receives a new glass cover with the Apple CarPlay and Android Auto Smartphone connectivity offered as an optional feature.

Also available as an optional feature are LED headlights with DRLs apart from a choice of light alloy wheels which are also available in a 5-spoke design. A revised range of seat covers are available which include Sahara beige/black and ARTICO man-made leather/Maringá fabric in crystal grey or black. Customers opting for black can also select designs with white or blue highlights. 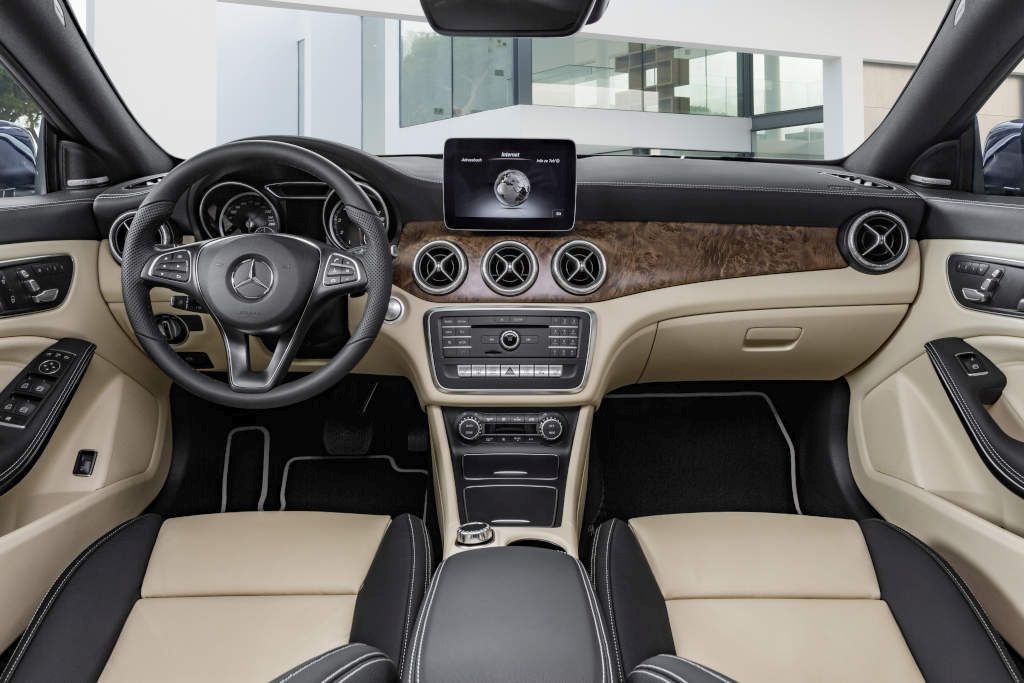 Following is an extensive image gallery for the Mercedes Benz CLA class facelift: