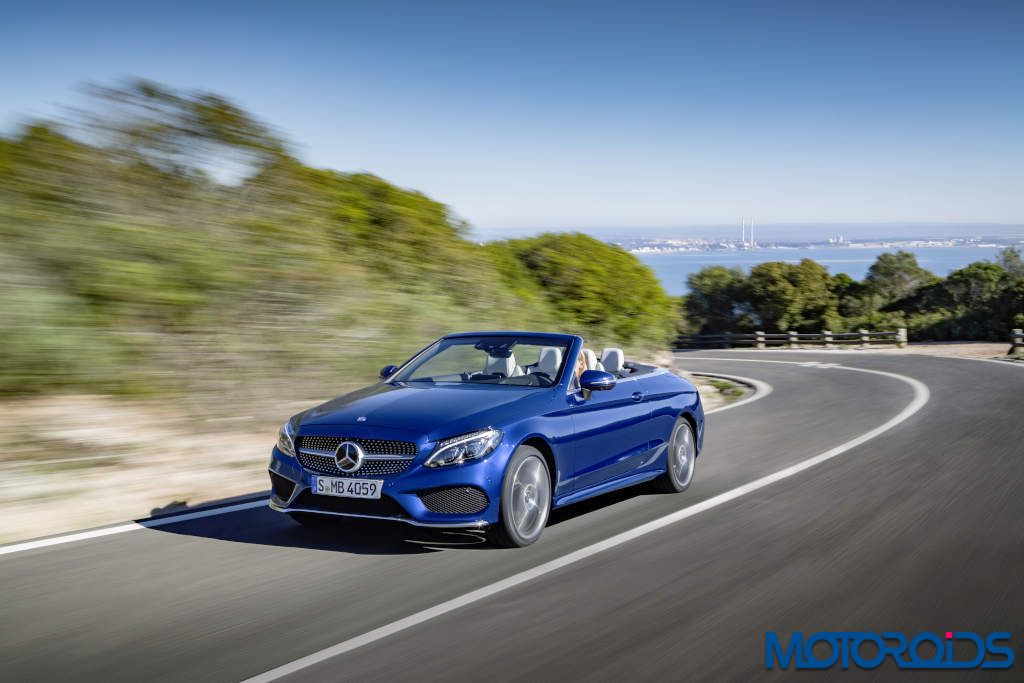 The Mercedes Benz C-Class Cabriolet made its debut at the 2016 Geneva Motor Show.  This is the first convertible version ever produced for the C-Class. The new Cabriolet variant sports the posterior that is borrowed from the C-Class Coupe and comes as a 2 door variant as opposed to the conventional 4 door setup. Mercedes Benz claims that the soft top of the C-Class Cabriolet can be operated up to speeds of 50 kmph and opens as well as closes within a timeframe of 20 seconds. It also receives Air Curtain technology that prevents air turbulence during open-roof motoring for the occupants. This soft top replaces the conventional hardtop that now gives the Cabriolet variant a better aesthetic appeal. 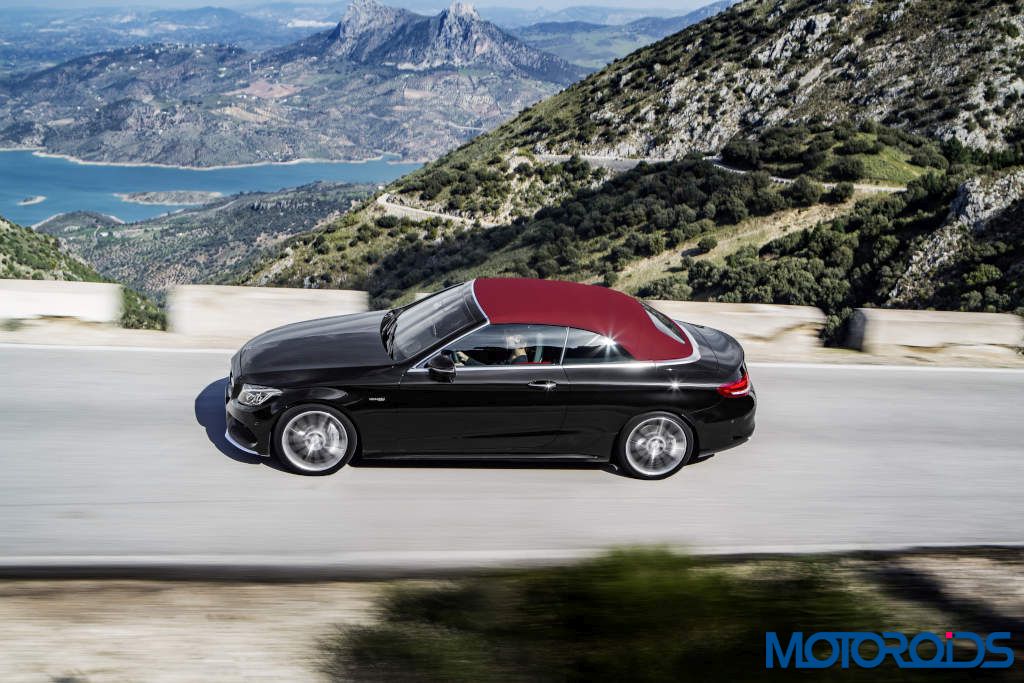 Just as other Cabriolet variants in the Mercedes Benz range, the C-Class Cabriolet also gets Airscarf neck-level heating and Aircap systems which reduces interior turbulence but only as part of the model’s Comfort package. The base variant receives a black coloured soft top while there are optional colour shades of dark brown, dark red or dark blue. 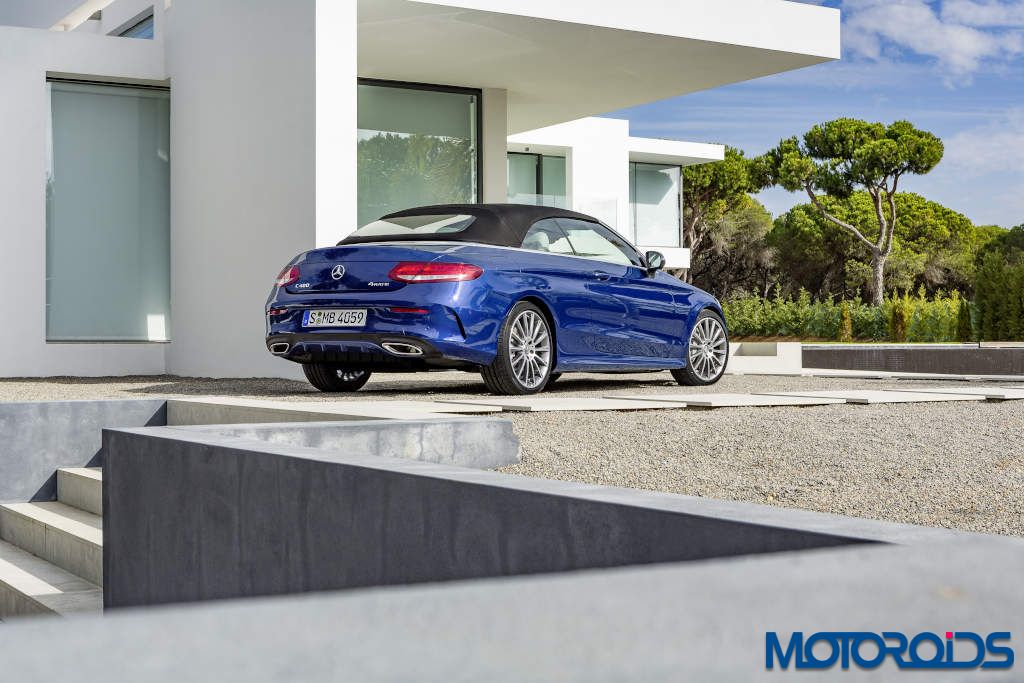 Powering the C-Class Cabriolet are a series petrol and diesel engines. While the diesel variants include a a C 220 D 4Matic and a C 250 D mill, the petrol variants will include the C 180, C 200 (4MATIC), C 250, C 300, C 400 4MATIC and C 43 4MATIC mills. A detailed specification sheet of the engines will follow the article. Transmission duties will be performed by a new 9G nine-speed torque converter automatic transmission that replaces the conventional 7G Tronic transmission.

On the inside, the C-Class Cabriolet which has a seating capacity of 4 people, receives a host of features such as a COMAND online system, WiFi hotspot, Linguatronic voice control, seat belt extenders and an Audio 20 infotainment system that can also be used to surf the net. A Burmester audio system also comes as an optional feature. The AMG package will add some features here too including sportier designed seats; AMS sport pedals and a flat bottom multi function steering wheel.

Following is the spec sheet for the complete range of engine option for the Mercedes Benz C-Class Cabriolet: 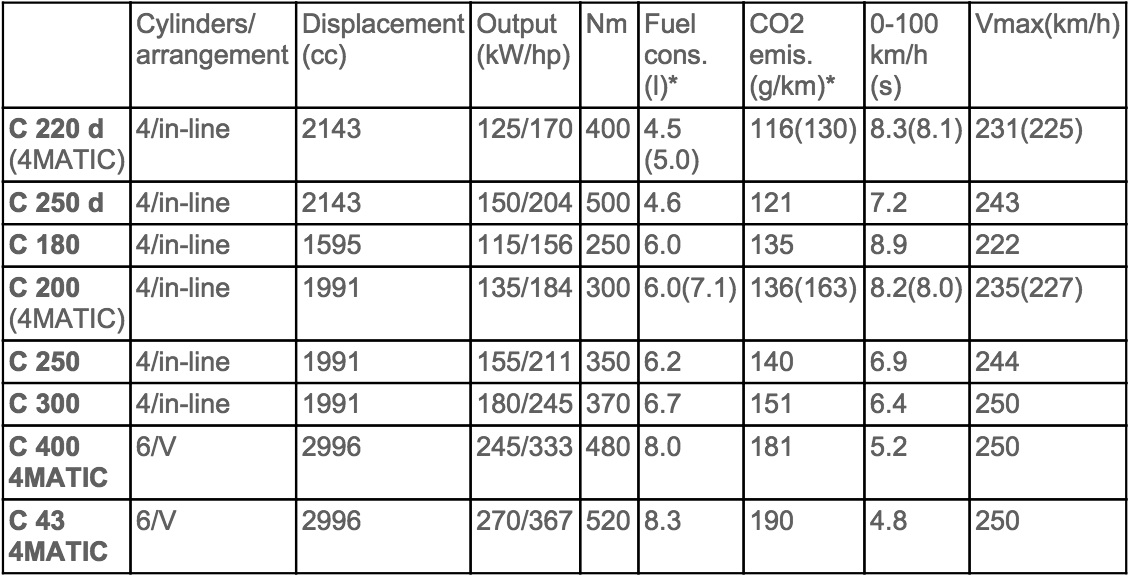 Have a look at the image gallery for the Mercedes Benz C-Class Cabriolet here: