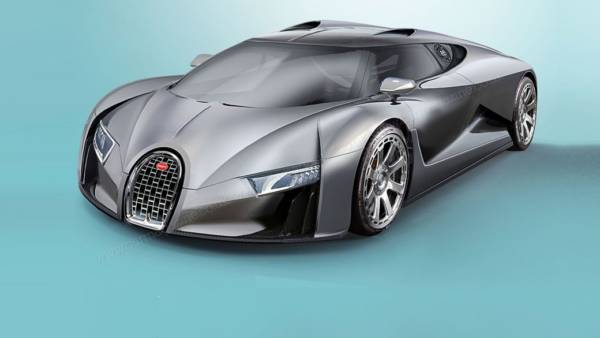 Ladies and gentlemen, this is it. After over a decade of dominating the speed records throughout the world, the Bugatti Veyron is finally making way for this, the all-new Bugatti Chiron.

Named after French race driver Louis Chiron, the Chiron looks set to continue Bugatti’s tradition of ultra-expensive, ultra-fast hypercars that are also surprisingly livable with. CAR Magazine recently had a close look at the prototype and here’s their artist’s rendering which is the only thing we can have now until its official reveal or spy pics crop up.

First the numbers, because what is a new Bugatti, if not about numbers. That monstrous 16-cylinder engine in W-formation delivers 1500bhp of power and 1500 Nm of torque. The projected top speed is 463 km/h (288mph) and it will go from 0-100 km/h in just two seconds. All that power will be channeled to all four wheels through a reworked 7-speed dual-clutch gearbox.

So yeah, comparisions with the original Veyron are inevitable, as futile as it is. In its original trim, it famously made 1001 horsepower, had a top speed of 408 km/h, and cost a million dollars. Then came a number of iterations, all pumping out more and more power from VW knows only where, and raising the top speed stakes. It went on and on, until the Veyron topped out. The Chiron now ups the ante in every department.

The Chiron is an all-new car. 92 percent of its parts are different to those found on the Veyron, and has been redesigned from the ground up. Bugatti is also aiming for it to be more usable on a daily basis, not just for tearing down motorways in the midst of a mid-life crisis. Bear in mind that this will be a street legal car that can potentially out-perform F1 vehicles.

The Bugatti Chiron will be launched sometime later this year. As for a price though? The saying “if you have to ask, you can’t afford” undoubtedly applies.