The most powerful Passat ever to roll out of a Volkswagen factory anywhere, anytime has 280hp of power. Let’s just put that out there before we even begin to describe the insanity that is this.

If you’ve been following Top Gear USA with half a dedication as you reserve for the original UK Top Gear, you already know who tanner Foust is. For the uninitiated, he is an American television host who also just happens to be a professional racer, stunt driver, and drift champion. Picture the Stig and Clarkson rolled into one, but with a much less abrasive personality. 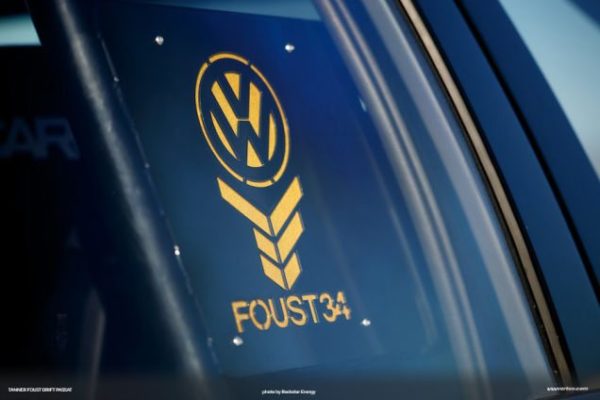 So naturally, not just any Passat would do for Foust. The man needs a proper firebreathing machine to hoon in his return to Formula Drift this year.

In steps Stephan Papadakis, the same guy who collaborated with Foust during his last drift championship way back in 2010. Since Tanner now races Volkswagens in GRC it was only fitting that he’d drive one in Formula Drift. The only problem is that there aren’t a whole lot of people out there using VWs for drifting, so Stephan and his team really had their work cut out for them over the off season.

When Tanner told Stephan that he wanted to build his drift car out of a new Volkswagen Passat, the true challenge began. The transformation from front-wheel drive family sedan to Formula Drift machine would be a massive one, and it took a crew of five working the entire off season to have the car ready for the season opener. Fortunately, Papadakis Racing has plenty of experience building drift cars out of unconventional platforms, and Tanner knew that Stephan and the crew could be trusted not only to make the Passat drift, but to make it competitive with best cars on the Formula Drift grid. 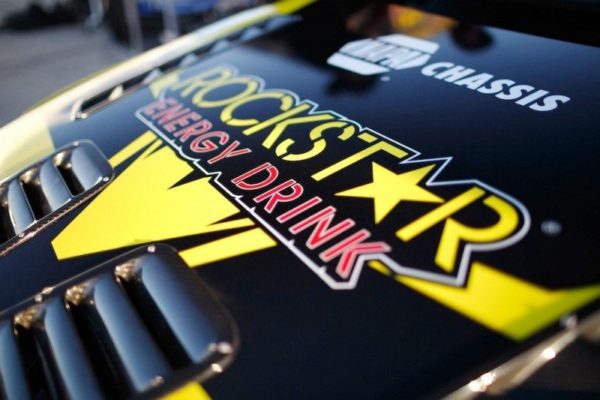 The end result is a thoroughly reworked drift car, one that doesn’t even feature the original engine. Motive power now comes from a massive 7.4-litre V8, although Stephan won’t tell anyone where they sourced it from. Peak power output is 700 horsepower normally or 900 horsepower on nitrous. The exhaust headers use a eight-into-one sequential collector designed by AEM to make an insanely sick screaming noise.

But drifting is not just about power, it also needs poise, dynamics, and the finesse of a balleriana. To that end, the Formual Drift Passat features a four-speed dog-engagement gearbox, an APR Performance “swan mount” wing, Tilton clutch, AEM Infinity-10 fuel injection, and RS-R suspension. Putting it all down are special KMC wheels and Nitto NT05 max performance tires.

Tanner will be going sideways in the Rockstar Energy VW Passat drift car in the first of three select rounds of the Formula Drift championship that will take place at the season opener, Streets of Long Beach, April 10 and 11.

The images don’t do it much justice, we know, so head over to the video below for a much clearer view of the insanity that is this car.