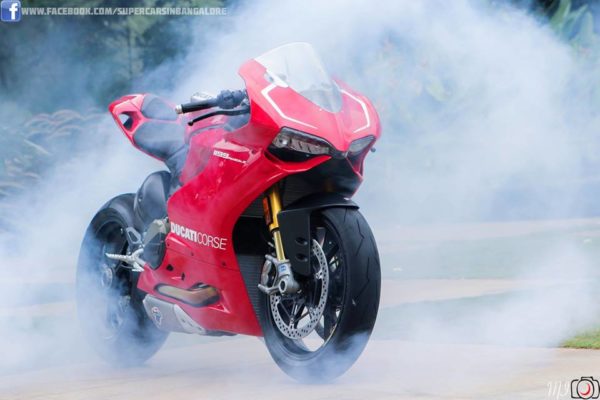 Ladies and gentlemen- presenting Bangalore’s and India’s one and only Ducati 1198R Panigale in all her glory!

The Ducati 1199R Panigale is the stuff of two-wheeled dreams are made up of. Registering similar exotic equivalence as the LaFerrari, the 1199R Panigale has full blooded Italian credentials. Pronounced “Pan-ee-gah-lee”, the new model breaks with Ducati’s Superbike tradition by adding a name to its 1199cc engine capacity (referred to as eleven-nine-nine), harking back to its historic roots in the Borgo Panigale area of Bologna. 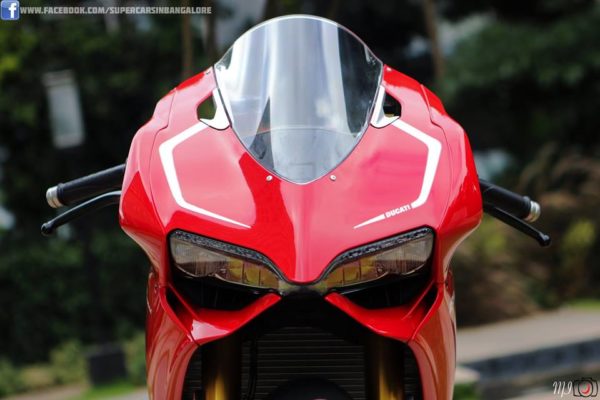 Developed as a true sport bike with competition in its DNA, the Ducati 1199 Panigale will first saw racing action in the 2012 FIM Superstock Championship and, in accordance with the factory’s development program, and made its debut in World Superbike in 2013. 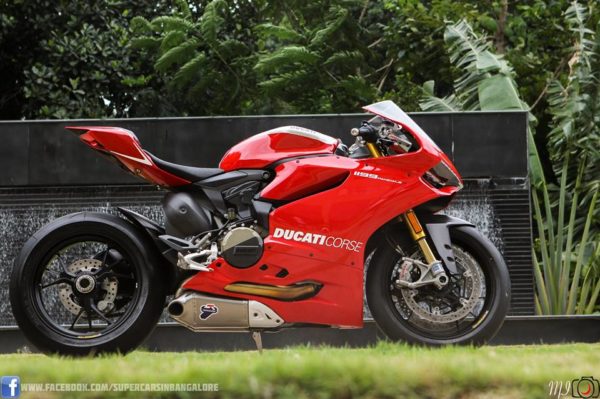 The Ducati 1199 Panigale R is the ultimate version of the flagship Ducati 1199. It gains new titanium con rods and a lighter flywheel. Those changes drop the weight of moving parts inside the engine by 1,330 grams and combine with other minor internal modifications to raise the rev limit by 500 RPM for a 12,000 RPM redline. Apart from that, the R runs a track-only Termignoni exhaust system that ups power from 195 hp to 202 hp and torque from 98 lb-ft to an even 100. Top speed is a blistering 202 mph. 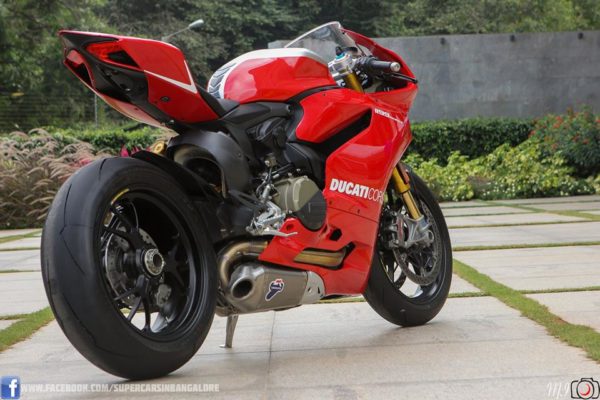 It is with great pride that we inform that one of these rare Italian stallions have found their way across to India, Bangalore to be precise. The price hasn’t been revealed, but rest assured it had cost the owner a bomb! 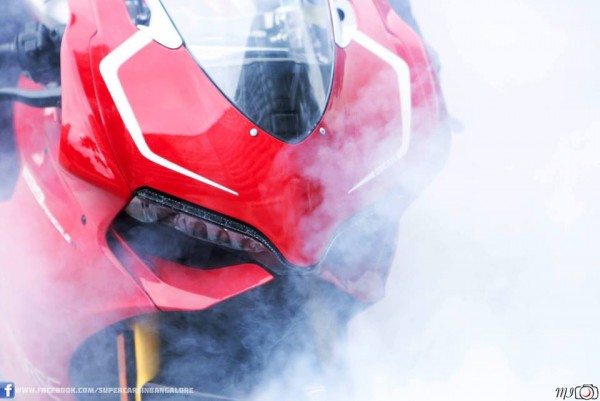