Remember the Dirty Bird Indian Scout and the Scout Offroader custom? They looked really cool avatars, though were mere style makeovers with utility of a stock motorcycle. But what we have here is one that really goes kicking dirt in utter ruthless fashion. Meet the Indian Motorcycles Custom Scout christened “Black Hills Beast”. As the name suggests, the Custom Scout is made for hill climbing….yes, hill climbing! 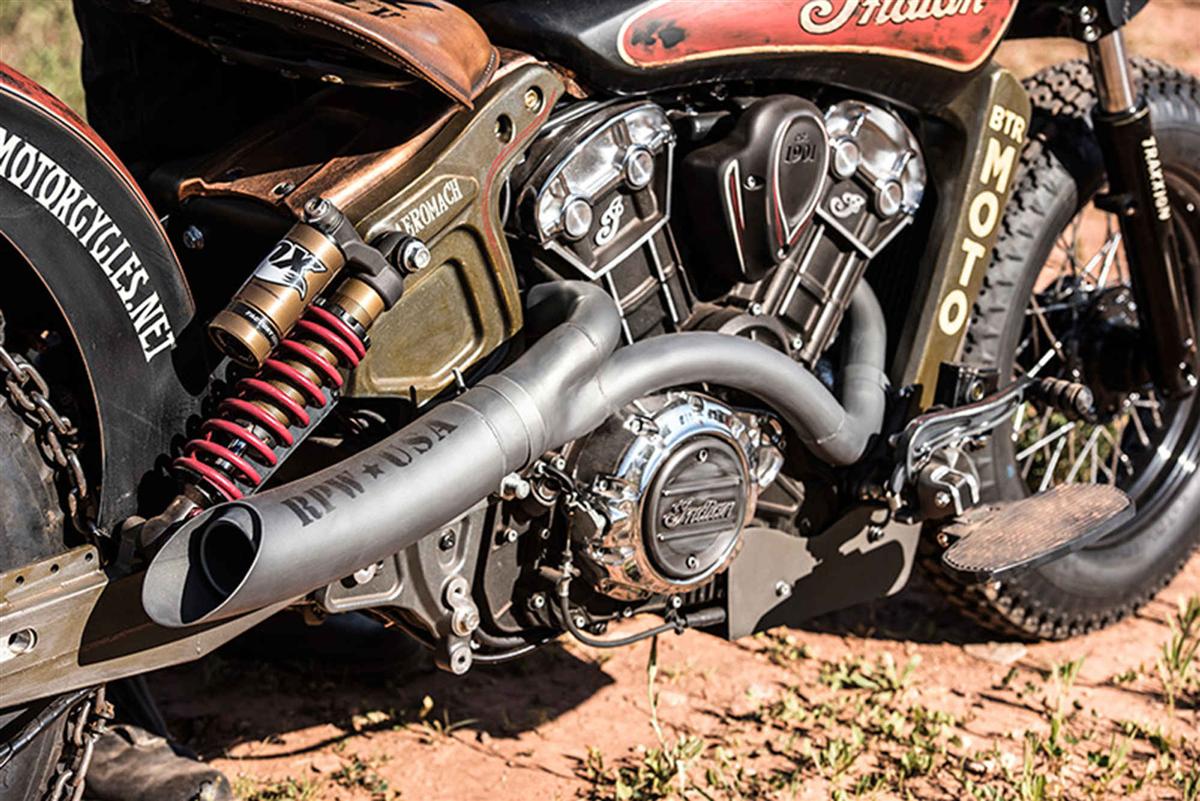 The Black Hills Beast was a custom build of Doug Siddens and Nick Jaquez of IndianMotorcycles.net and drew huge applause at Sturgis. Built on the new 2015 Indian Scout, modifications to the motorcycle includes an elongated custom swingarm, customised handlebar, radiator shrouds and a tyre chain to anchor the 100 bhp motorcycle onto loose grounds while it noses up a hill in near vertical position. A few other modifications and additions were made in areas such as the suspension, engine tuning, floorboards, exhausts etc. A front number plate with an LED light, 1920 Solo Saddle Seat commemorating the 75th anniversary of the Sturgis Rally in print and laced wheels added that classy touch to the dirt chewing motorcycle. 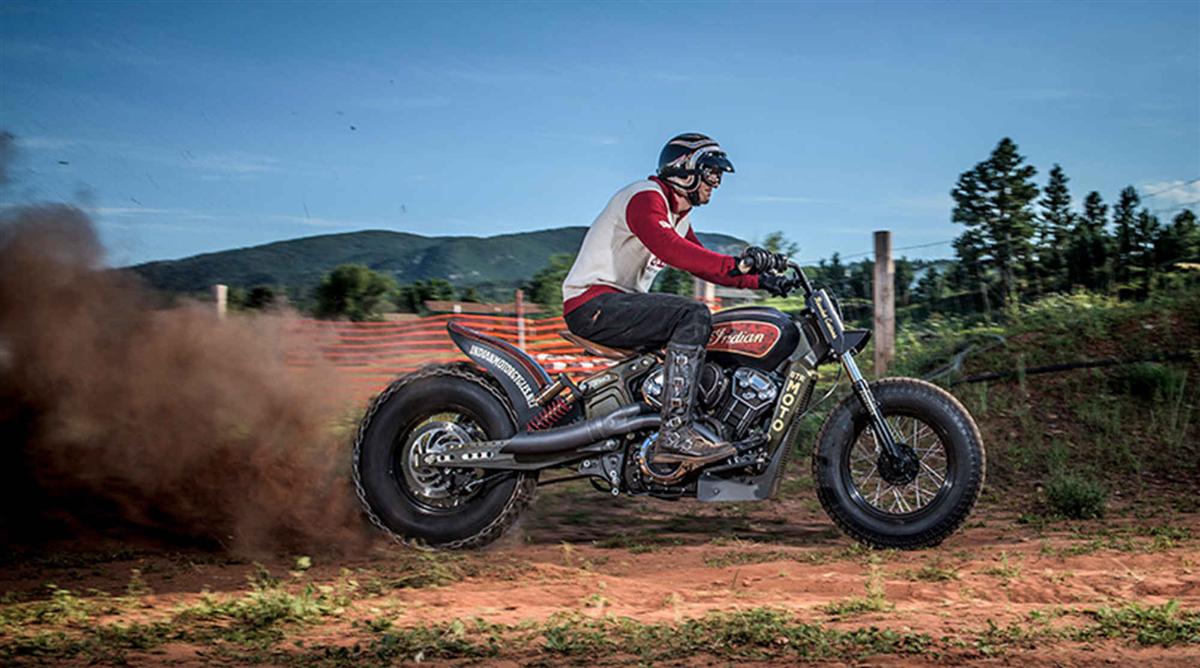 Doug Siddens of IndianMotorcycles.net says “Building a hill climber seemed easy enough, but it posed some unique challenges. Enthusiasts know what a hill climber looks like – so some of the mods were logical – but scaling them to fit the new Scout was the key and took a lot of work and planning. We are very proud of the result and the reception that the bike got at such an important Sturgis milestone, the 75th anniversary. “ 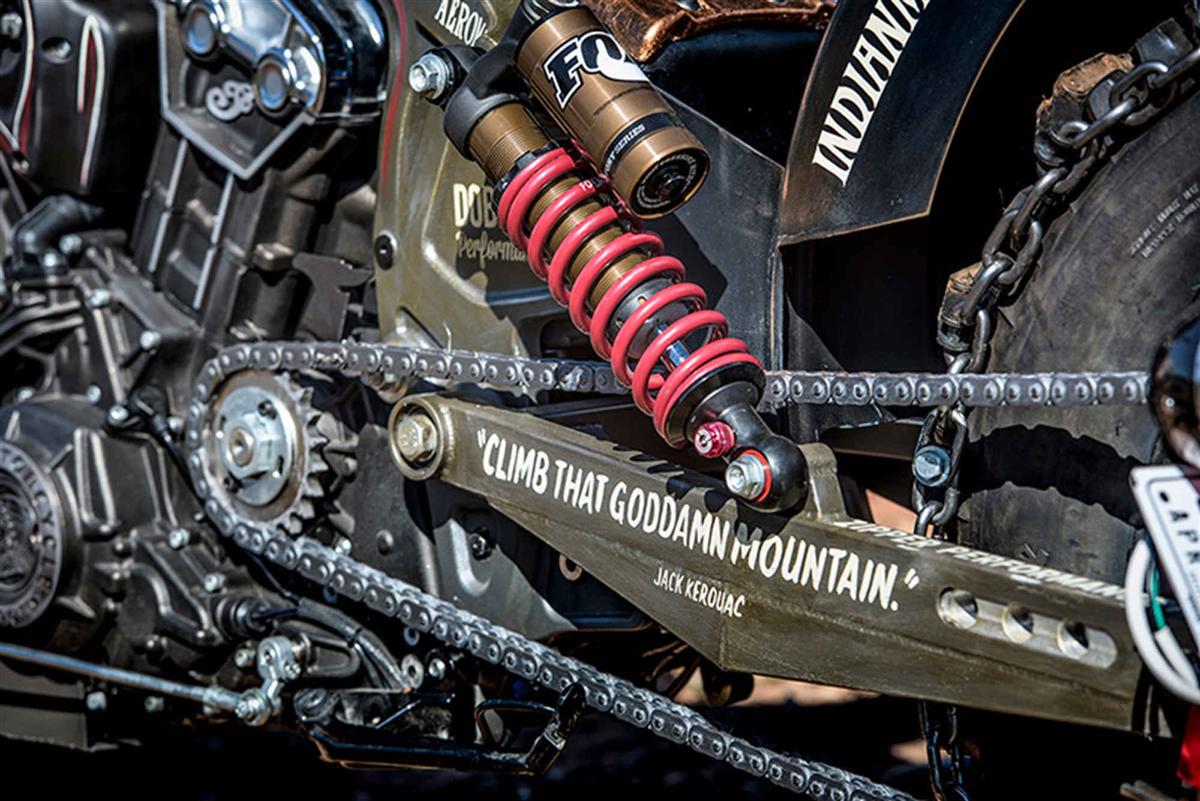 A few more images of the Black Hills Beast.

Here’s a video of the Black Hills Beast in action