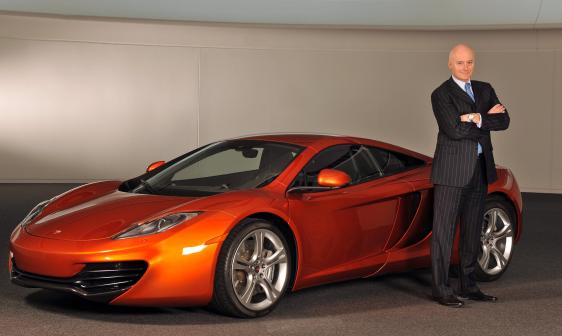 McLaren Automotive will present their MP4-12C supercar to public for the first time at Goodwood Festival of Speed. The festival will take place from Thursday 1- Sunday 4 July 2010.

Jenson Button, who is the current Formula1 champ and 2008 Formula1 World Champion Lewis Hamilton will drive the car up the Goodwood Hill on Saturday and Sunday respectively in the Supercar Run.

The VP9 Validation Prototype car of the 12C, will be finished in traditional McLaren Orange (remember NFS Hot Pursuit 2, McLaren F1LM?).  Featuring a carbon fibre splitter, diffuser, engine covers, engine bay panels and seat backs, this 12C is fitted with lightweight forged alloy wheels in Stealth finish.  A 12C rolling chassis and the Le Mans-winning McLaren F1 will also be on display. A team of McLaren officials will answer all the enthusiasts’ queries about the new 12C and the company’s F1 adventures.

The 12C boasts a unique one-piece carbon chassis, or the ‘MonoCell’. Most other core sports cars have heavier aluminum or steel structures that limit ultimate performance. The 12C has been touted to be designed around the driver, by a team of F1 engineers and designers. Some of the unique features of the car include cutting-edge aerodynamics and extremely exclusive technologies such as Proactive Chassis Control, Seamless Shift dual-clutch Gearbox (SSG), Brake Steer, and the unique Airbrake feature.

The car when launched will initially be sold through 35 global retailers in 19 countries from mid 2011. Priced at nearly £150,000 the 12C claims to be one of the best performance cars in the world. Powered by a 3.8-litre twin turbo petrol, the car will produce in excess of 600bhp and will race to a speed of 200km/h in less than 10 seconds.