British auto maker McLaren has announced the track-only P1 GTR which is set to become the company’s most powerful model ever. The company has revealed a sketch of the upcoming model. The limited-run model will go into production when the 375th and final example of the road car has been completed, and in homage to its race-winning ancestor, the most powerful McLaren to date will be named the McLaren P1™ GTR. 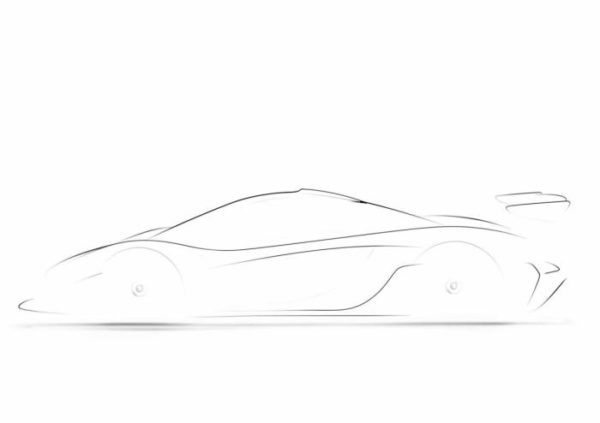 To be sold exclusively to P1 owners, the GTR will be an expensive model as the pricing has been established at a whopping 1.98 Million GBP (3.3M USD or 2.48M EUR) which makes it considerably more expensive than the 866,000 GBP road-going P1.

As some of you McLaren enthusiasts would know, the regular P1 pumps out an already impressive 916 PS (674 kW) of max power. The P1 GTR will be tuned further to belt out an impressive 1,000 PS (736 kW). Also, the GTR will adorn an aggressive styling and will likely feature a fixed rear wing instead of the P1’s automatically deployable unit. Other changes will include widened tracks and a set of track-spec slick tires – all created “to offer optimised performance around a lap.”

McLaren hasn’t revealed how many units wil be produced but they do mention production will be “strictly limited” and all owners will benefit from a tailored program which will include consultations with the firm’s driver fitness team and Design Director Frank Stephenson.

Moreover, customers will have access to the McLaren racing simulators and will take part in at least six international drive events. McLaren doesn’t specify whether P1 GTR owners will be in the possession of their cars at all times or if they will allow clients to use their cars on various occasions, just like Ferrari is doing through its FXX program.