India is one of those nations where you cough up more money to have the necessary equipment in your car that ensures safety. Not surprisingly then, bestsellers like the Maruti Swift have failed miserably in the recently concluded Global NCAP crash tests- widely regarded as the international benchmark for vehicle crash testing. 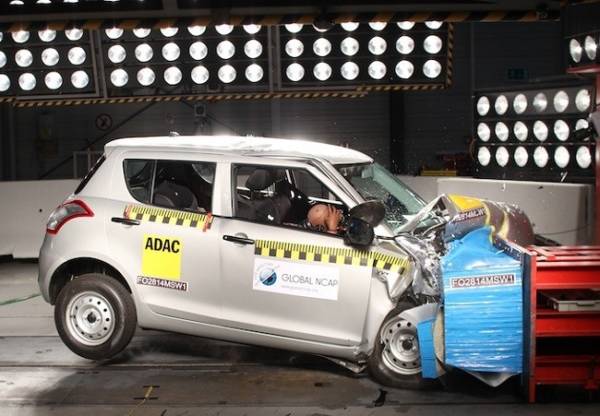 In frontal collision tests at speeds of up to 64km/hr, the Maruti Swift received a miserable zero star rating. Two variants of the car were tested – one home made Latin American export model and the other being the Indian base Lxi variant sans air-bags/ABS. Global NCAP’s testing protocol mandates that all cars (including base variants) must carry at least airbags and ABS to get its certification. While airbags and ABS are standard fare back in Latin America as well, in India neither is standard.

Due to the aforementioned clause, the Indian Swift was written off even before the crash test happened. The Swift’s crash analysis showed the crash-test-dummies having sustained near-fatal injuries, more so in the case of the driver, questioning the car’s structural integrity. In contrast, the better built and safer European Swift  had achieved a 5-Star crash certification from Euro-NCAP. 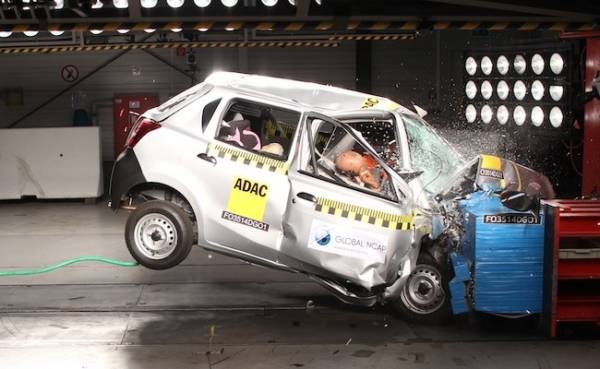 Coming to the Datsun Go, it isn’t always airbags and ABS that save the day. The Go’s pulp like body shell disintegrated severely during the same kind of test, with the driver and passenger dummies sustaining fatal injuries to the head, torso and legs. Of course, the lack of airbags further compounded the potential injuries.