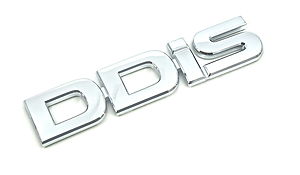 This had to happen! We have had enough news about Tata’s upcoming diesel engine that will be put to use in the Nano entry level hatchback. Now, entry level hatchbacks have always been the bread and butter for Maruti Suzuki- India’s largest carmaker. With the petrol prices having aimed for celestial bodies, it was about time for Maruti to come up with its version of a compact diesel motor. And  it seems like the car maker had been tinkering with this idea since quite some time as it has emerged that Maruti Suzuki is busy with the development of a two-cylinder 800cc diesel motor.  The engine has been codenamed as E2  and Suzuki is in the driving seat of the development of this engine. The new motor is expected to stretch a litre of the stickier fuel to 25-30 kilometres. This motor could be launched by the end of 2014 and the engine is likely to power the upcoming Alto 800.

“The development is at a very initial stage. It is a ground up project, and a lot of effort is being put in. The engine has to deliver the required level of performance, needs to respond ably, deliver on the power as well as fuel efficiency. It will take at least a couple of years or may be more to be ready,” said a source in the know.

Earlier, Maruti Suzuki Managing Director S Nakanishi had told ET: “It’s my dream to see a smaller diesel engine.” While refraining from talking about the project, he had added: “The R&D is working on many projects. Electric vehicle, hybrid electric vehicle… that is their job. I don’t deny it… they should do it. But the question is when it would be available? And for that we don’t have a clear answer right now.”

“It is very tough to develop a smaller engine and tune it to perfection. It is difficult to turn afour-cylinder diesel engine into three cylinders, but it is tougher to move to two cylinders and yet get the desired power, performance and mileage. And, most importantly, at a cost which is affordable,” said a senior R&D expert.

If developed and marketed rightly, this engine holds the potential to become a jackpot for Maruti Suzuki and might change the entire Indian automotive scene, like the 800 did some three decades back.