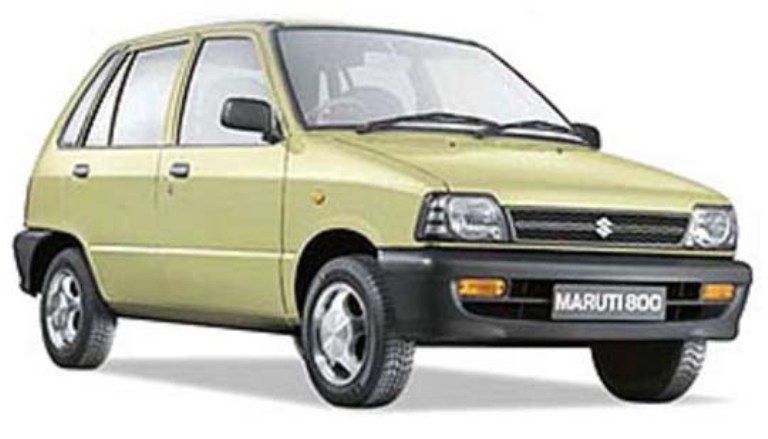 The humble 800 was the car which changed the fortunes of Maruti Suzuki in India. It also encouraged masses to get behind the wheel owing to its affordable motoring appeal. Since its launch in 1983, the manufacturer has sold over more than 27 lakh units of its bread and butter model. From April onwards buyers in a select few metros will no longer be able to purchase the 800.

According to the new emission norms, all cars sold in the major cities from the 1st of April should conform to Bharat Stage IV emission standards. The list of major cities include Mumbai, Delhi, Calcutta, Chennai, Bangalore, Hyderabad, Ahmedabad, Pune, Surat, Agra and Kanpur. Maruti Suzuki has taken a decision that it will not upgrade its 800 model to meet the Bharat Stage IV emission norms.

While speaking to media persons about the decision taken R.C.Bhargava, Chairman, Maruti Suzuki, said that the company was contemplating about upgrading the 800 to meet newer emission norms but has taken a decision to stop selling the car in cities where the new norms will be implemented from April 1. He also said that the company will continue to sell the car model in Tier-1 and Tier-2 cities across the country. The new norms also require that cars sold in the above cities from April 1 should conform to Bharat Stage III emission norms.

Since the past couple of years, the Alto has become Maruti Suzuki’s numero uno model with respect to sales. Tata has also taken a plunge into the low cost car market with the launch of its Nano. When quizzed by reporters on whether Maruti Suzuki too was planning to launch a new model to replace the 800 Bhargava said that there are no plans as such.