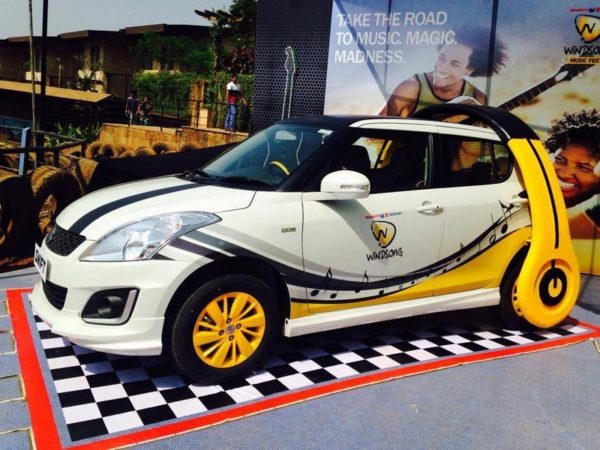 This limited edition Swift will don a white paint jobs with loads of funky, music inspired graphics. The roof of the car, along with the A- and B-pillar, is painted black. The bonnet receives two black strips that begin from the front grille and go all the way to the windshield. The side of the car gets tri-colour strips along with musical symbols. The bottom end of the door along, with the wheels, is painted in bright yellow. Now what we are pretty sure would not come in the package is the headphone design that’s placed at the farthest end of the car. 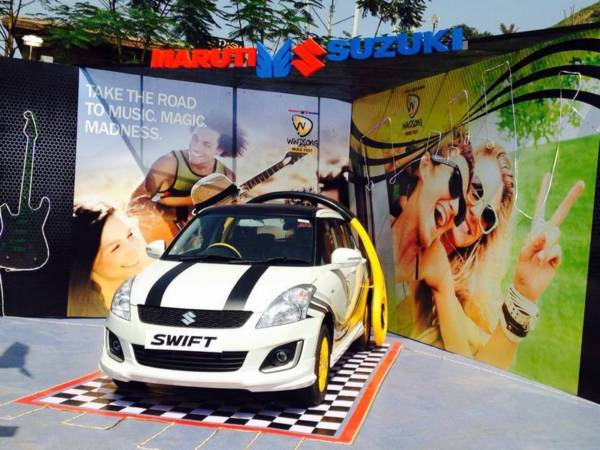 Mechanically, this limited edition Swift will come in a diesel only avatar. So, it will be powered by the 1.3-litre multijet diesel engine that produces 75 hp of power and 190 Nm of torque and would come mated to a five-speed manual transmission. Fuel efficiency figure stands at 25.2 kmpl.

So would you buy this limited edition of the recently introduced facelift 2014 Maruti Suzuki Swift? Share your thoughts and opinions with us through comments below. Stay tuned to Motoroids for more updates from motoring industry.