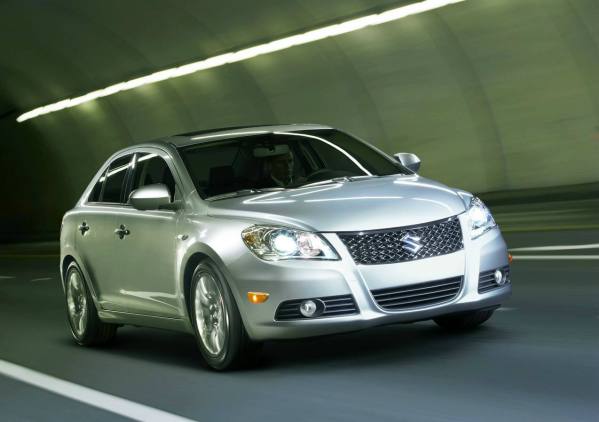 Maruti Suzuki is planning to bring the Kizashi sedan to India by March 2011. The new D-segmenter fro Suzuki is aimed squarely at the likes of the Honda Accord. Maruti Suzuki is considered a maker of small cars in India, and the company’s effort to sell their products in the higher price bracket have not worked till date. An example is the Grand Vitara. Even while retaining at a price much cheaper that its peers, the SUV, due to the lack of a diesel option and being a Maruti Suzuki has never been able to do any respectable numbers.
The Kizashi, however, has been internationally acclaimed to be a capable D-segment car, and if marketed properly should help establish Maruti as a strong contender in the segment. The Kizashi has a 2.4-litre, 4-cylinder engine under its bonnet which is good for about 170PS of power and 220Nm of torque.  Transmission options are a 6-speed manual and a CVT auto. The car is also available in FWD and AWD versions.
Maruti Suzuki plans to import the car as a CBU initially, and start local assembly / production once the sales pick up. The creative / ad agencies for the new brand have been selected and we should see some campaign running by the end of February.
Expect a price of Rs 15-16 lakh