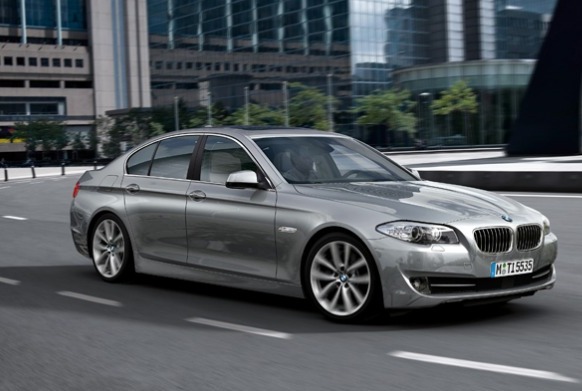 BMW India have quietly launched the 520d variant of their 5-series sedan in India. The new car is powered by a 2.0-litre (1995cc)  engine delivering 185bhp of power. This engine is the same as the one employed in the 3-series saloon. With this, the 5-series sports 5 engines under its bonnet in India. The new engine will be mated to an 8-speed auto gearbox.

Apart from the smaller engine, the 520d also goes a level down in terms of equipment list in favour of competitive pricing. The tyres are now 255 / 55 R17. The paddle shifter has been taken away and so has been the six-CD changer, to make for a single CD MP3 player. The system still supports USB, AUX – in and Bluetooth  pairing.