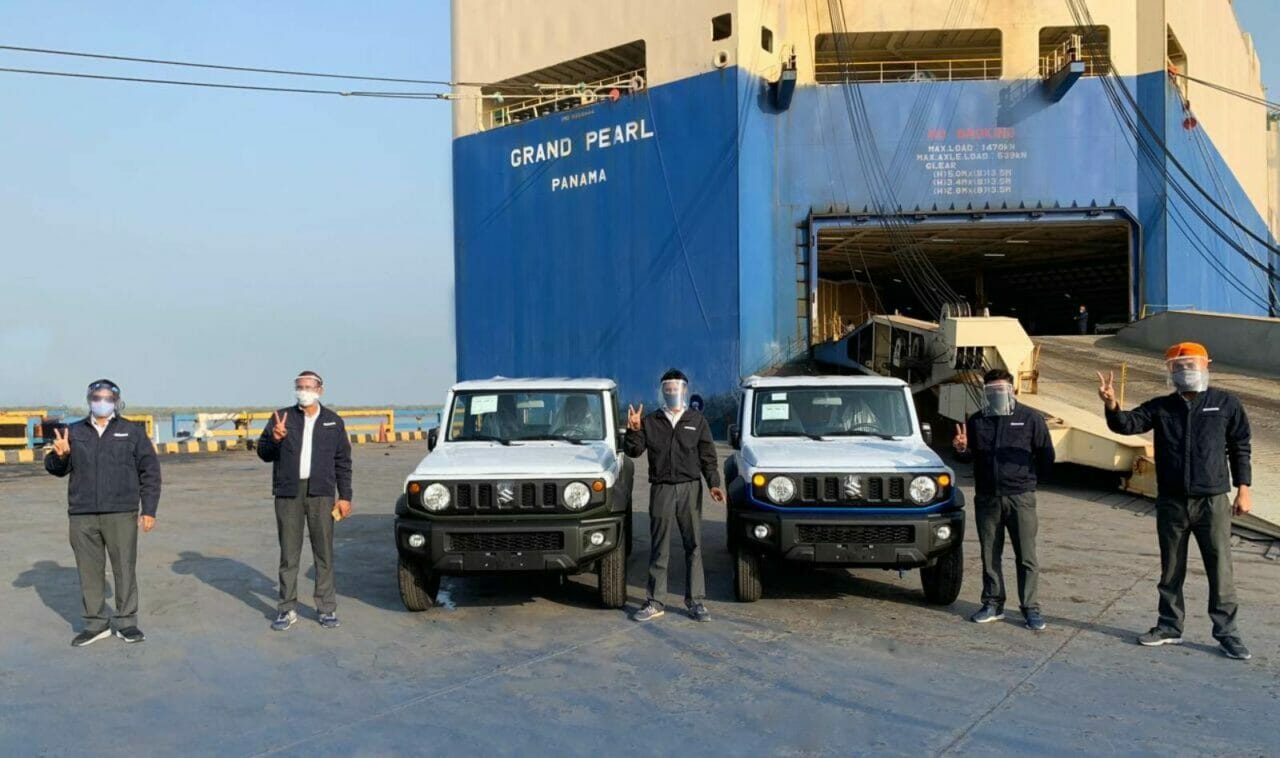 Maruti Suzuki India Limited commenced export of Suzuki’s popular compact off-roader Jimny from India. The first shipment of 184 units left from Mundra port to Latin American countries such as Columbia and Peru. The iconic three-door Suzuki Jimny will be exported to Latin America, the Middle East and African markets from India. Known as one of the most potent and authentic off-roaders, the all-terrain vehicle has a legacy of over 50 years, catering to customers worldwide.

The current generation of Jimny was launched in 2018 by Suzuki Motor Corporation in Japan and has emerged as a popular choice globally. 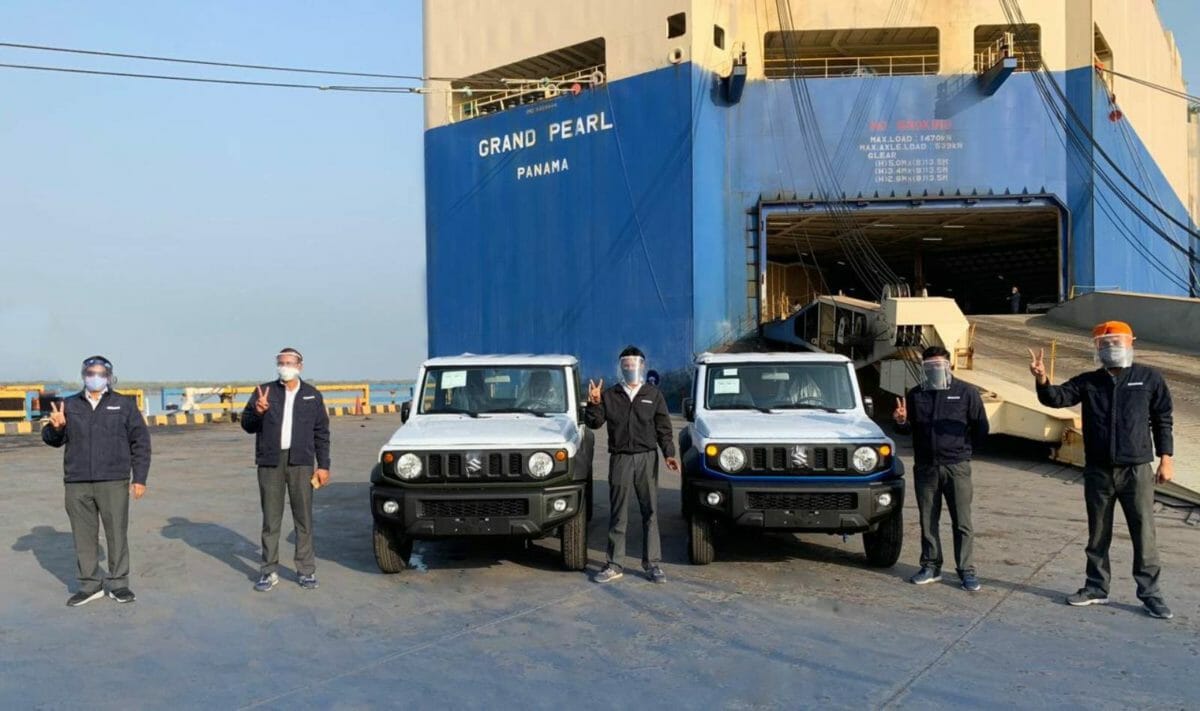 Customers like its appeal for city driving too. In this regard, the Jimny has conferred the prestigious World Urban Car Award in the 2019 World Car Awards announced at the New York International Auto Show. With India as a production base for Jimny, Suzuki aims to leverage Maruti Suzuki’s global production stature. As there is a large customer demand worldwide well beyond Suzuki Japan capacity for this model, Indian manufacturing will supplement the capacity to meet this global demand.

Speaking on the occasion, Mr Kenichi Ayukawa, Managing Director & CEO, Maruti Suzuki India Limited said, “Jimny will fulfil aspirations of customers throughout the world. Jimny manufactured at Maruti Suzuki’s Gurugram plant shares the same specification as the export models produced at the Suzuki Motor Corporation’s Kosai plant in Japan. We are confident with Jimny we will be able to enhance our overall exports.” 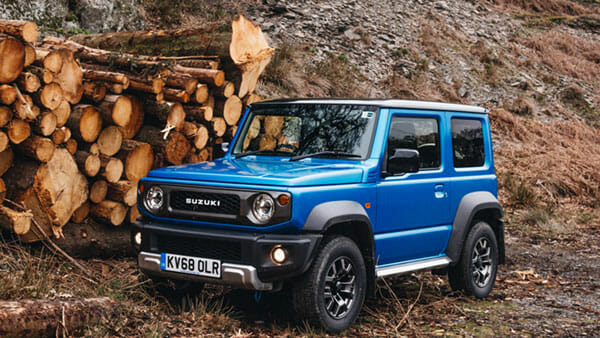 Talking about the Jimny, this iconic piece of engineering is 3,645 mm long, 1,646 mm wide and 1,720 mm tall. The Jimny is powered by a 1.5L, 4 cyl, naturally aspirated petrol engine that also sits under the hood of various other Maruti cars like the Vitara Brezza, Ciaz and the S-Cross. This engine puts out 103BHP of peak power and 138Nm of peak torque and is mated to a 5-speed manual transmission or a 4-speed torque converter unit. 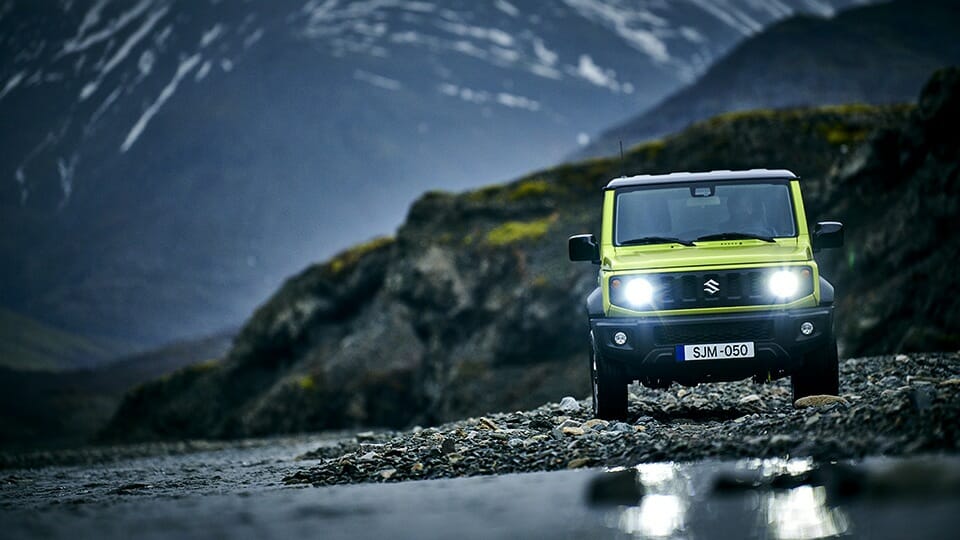 The Jimny is an RWD vehicle. Earlier, a 3-door Sierra variant of the Jimny was spotted testing on Indian roads near Gurgaon. Is that an indication of Suzuki Jimny which can finally step on the Indian Soil?