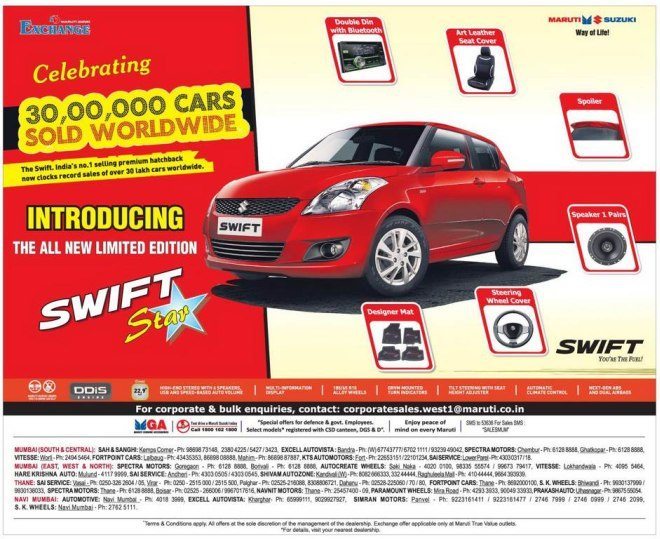 The Swift is the second highest selling car in the Indian car market and the only car that sells more than this B segment hatchback is the Alto entry level hatchback from MSIL itself. The Swift, which caters to the upper B segment of our car market, outsells its nearest rival, the Hyundai i20 by the ratio of almost 3:1.

However, sales in Indian car market are going through a sluggish phase and so bad is the situation that even the most successful of the models have been facing some heat. We recently saw MSIL resorting to offering cash discounts and ready-delivery for pushing the sales of the Swift hatchback. The Suzuki Swift recently crossed the 30 lakh worldwide sales mark and MSIL has come up with limited edition Swift Star to celebrate the achievement and of course, to bring in some more sales.

It would be interesting to see if the Maruti Suzuki Swift Star would be able to help MSIL clearing its inventory.