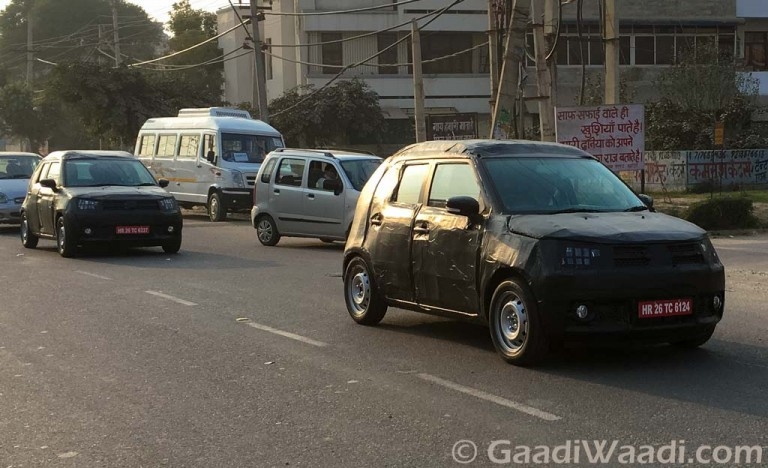 The all new compact SUV concept, Maruti Suzuki Ignis, was showcased at the 2016 Auto Expo that took place in Delhi. The Ignis is based on the iM-4 concept and made its world debut at the Tokyo Motor Show last year. Within a month of its unveil in India, the Ignis has been spotted in the country during its road test. The Ignis is expected to be launched in India by Q4 of 2016 amidst the festive season.

Two units of the vehicle were spied doing rounds in wraps concealing its production version look. Driving on standard steel rims, the spotted vehicles were neatly swathed in a black wrap which left no edge or corner uncovered. We had seen the Ignis concept and also made our readers familiar with the concept from the Auto Expo, therefore little is left for the imagination in terms of the exterior styling. 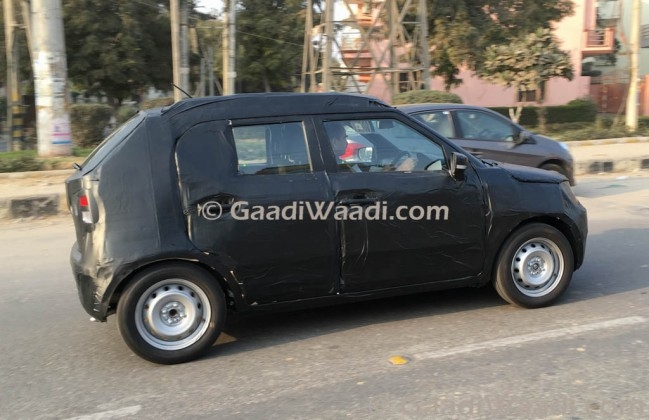 The Ignis has a lot of chunk in itself and that can be seen from the bodywork. At the front it features jewelled headlamps and chunky wheel arches. The tall roof a wide front fascia adds to the muscle. The showcased concept featured a lot of chrome bits on its styling, which may be dropped in its production version. Also, the test mules of the Ignis didn’t carry any rear spoiler.

The Maruti Suzuki Ignis is expected to be powered by a 1.3 L MultiJet diesel engine, along with the 1.2 L VTVT petrol engine that perform duties on the Swift and the Baleno. The engines configurations will be tuned as per the vehicle’s character, therefore, similar, yet different power figures are expected to be churned out of the engine.

In the Indian market, the Maruti Suzuki Ignis will go head on with the Ford Ecosport and Mahindra KUV100. The company has said that the Ignis will roll out in the festive season later this year. Unlike the Vitara Brezza, the Ignis will be retailed through the Nexa showrooms.