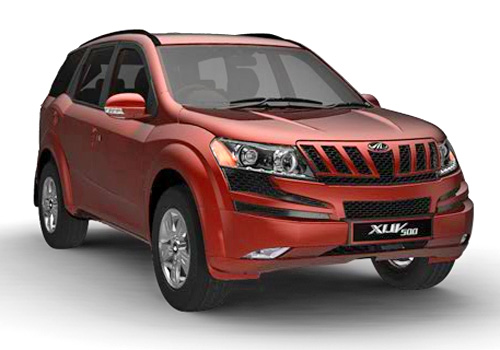 It is no secret that every Indian driver who has been bitten by the ‘Off Roading’ bug has always opted for Maruti Suzuki Gypsy as his partner in crime. The ‘go-anywhere’ capabilities of the vehicle are so proven, that the Gypsy has always been the choice of India’s armed forces. However, one might feel that Anand Mahindra, MD, Mahindra & Mahindra doesn’t seem to be too impressed by the capabilities of the Gypsy. Mr. Mahindra recently stated that Maruti Suzuki’s offering is like a rabbit when compared to M&M’s cheetah- the XUV500.

“Is it safe to let rabbits roam where cheetahs prowl,” Mr.Anand Mahindra recently tweeted in response to someone who asked if he could participate in Mahindra Great Escape with his Maruti Gypsy.

It may be noted that Mahindra Great Escape is a popular off-road rally for Mahindra sport utility vehicles.

Mr. Anand Mahindra was quick to tweet that his referring to Gypsy as a rabbit was in lighter sense. The clarification came soon after another follower of Mr. Mahindra tweeted that Mr. Anand’s tweets “are always dignified and graceful but the last one seemed a little cocky unless it was in good humor”.

“Humorous answer to a humorous jibe. I’m sure you wouldn’t prefer me to be humourless,” Mahindra responded.

It may be noted that M&M’s XUV500 has tasted a lot of success and the waiting list for the vehicle keeps getting longer. The XUV500, which is a well sorted out machine, is Indian auto maker’s answer to the fast emerging SUV market in the country. While we have always maintained that the XUV is one of the better off roaders in its segment, we wouldn’t even dream of pitting it against the Maruti Gypsy, which has always been known for its unmatched appetite for off roading.

Ultimately, Mr. Mahindra’s comparison of a Gypsy to a rabbit surely seems to be in good humour and we don’t wish to feel that his tweet, in any way, was aimed at showing disgrace to the Japanese off roader. All we can say is that Mr.Mahindra surely seems to have a nice sense of humour. No?