We all have to agree that electric cars are the future of the automotive world, especially given the rise in pollution and fuel prices. Maruti Suzuki is India’s largest car manufacturer had previously announced plans for a battery plant in India that will be responsible for making Lithium Ion batteries from 2020 onwards. Soon after plans to start field testing up to 50 electric vehicles were revealed by Mr Osamu Suzuki, Chairman, Suzuki Motors. This programme will run with the help of Toyota Motor Corporation with which Maruti Suzuki has a vehicle sharing joint venture. 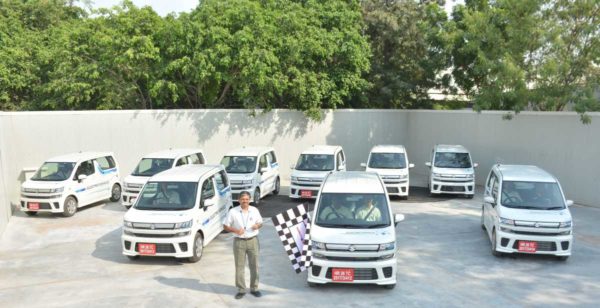 Speaking at the MOVE Summit, Mr Osamu Suzuki said “We have decided to launch EV in India around 2020 in cooperation with Toyota Motor Corporation. I am pleased to announce today that we will start the road tests with a fleet of 50 prototype electric vehicles in India from next month in order to develop safe and easy to use EVs for Indian customers in line with traffic and the climatic situation on Indian roads”
In line with its commitment to introduce an Electric Vehicle by 2020, as of today, Maruti Suzuki has flagged-off proto-type Electric Vehicles for a field test. The prototype EVs were flagged off from the Company’s Gurugram facility by Mr CV Raman, Senior Executive Director (Engineering). At the MOVE Summit in September this year, Mr Osamu Suzuki, Chairman of Suzuki Motor Corporation, Japan had announced the nation-wide field testing of 50 prototype Electric Vehicles would commence which were suspected of being the next-generation WagonR. 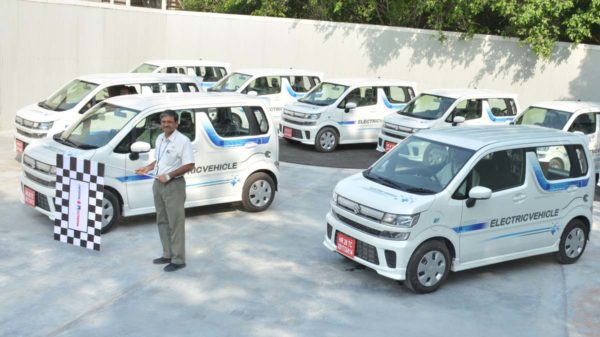 The Electric Vehicles have been developed exclusively by Suzuki Motor Corporation, Japan and built at Maruti Suzuki, Gurugram facility, as our commitment to Make in India. This extensive real-life usage of the vehicles in multiple terrains and climatic conditions will help the company get valuable insights that will help in validation and successful launch of Electric Vehicle technology in India. Testing of these vehicles will also help Maruti Suzuki to gather critical inputs based on customer perspectives and will help to create a reliable and suitable Electric Vehicle to delight Indian customers.