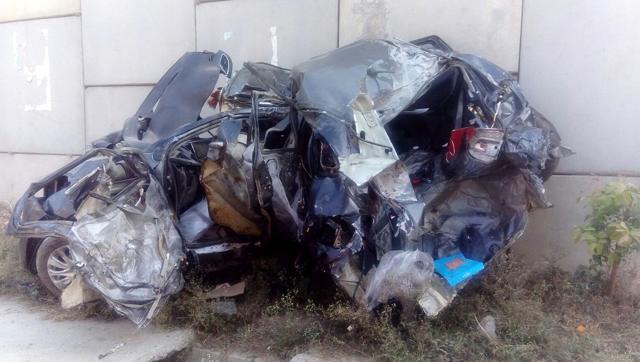 In the wee hours of Thursday (19th November 2015), near Gharonda in Karnal on National Highway-1, a freshly minted Maruti Baleno hit a truck at speed, jumped the divider and rolled over, completely totaling itself in the process. Three of the occupants died on the spot, while another one succumbed to injuries later on. The truck driver, who fled the scene, has been arrested and booked under an act of negligent driving.

Now, before anyone points any fingers at Maruti, let’s get one thing straight. The circumstances of the fatal accident are pretty murky at the moment. What we do know is the car hit a truck; rolled over and completely crumpled itself like a piece of paper inside a fist. The velocities are unknown, and so is the exact point of impact. We also know that the car was carrying 6 people, 1 higher than the stipulated occupant limit, while truck was carrying potatoes, which is pretty immaterial in this discussion. It’s also not clear if seatbelts were fastened. 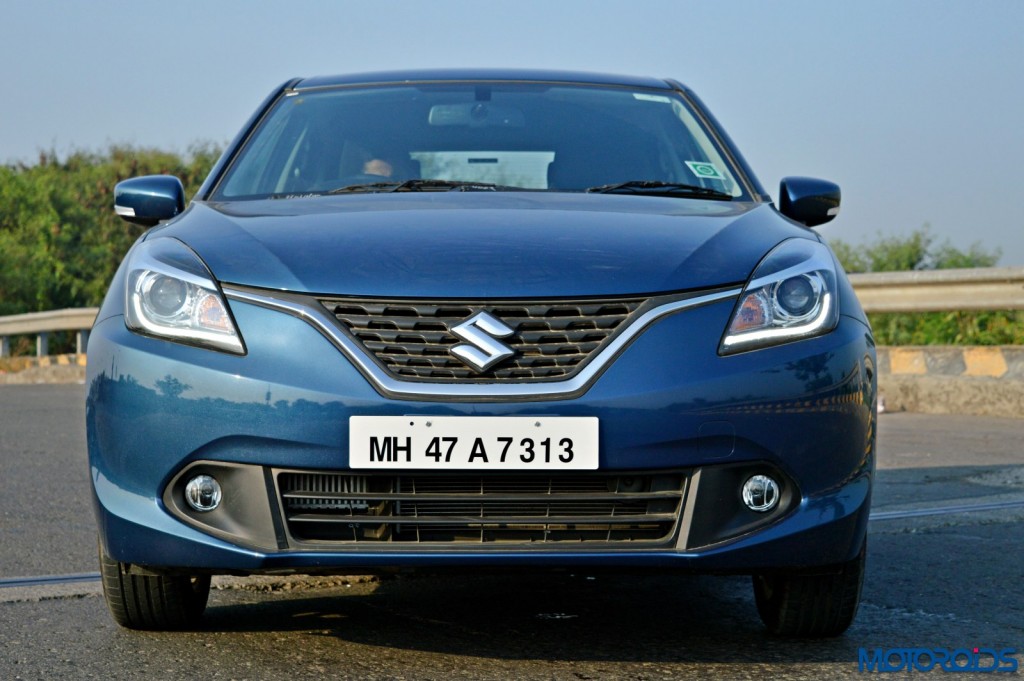 With due respect to the deceased, the car was overloaded, making chances of survival pretty bleak in the event of a high speed impact, or worse, a rollover – even  assuming the dual front airbags, which come as standard with the new Baleno, deployed in time. Even with all the occupants, barring the sixth one, fastening their belts, it would have been difficult to expect a safe escape for occupants.

However, why did the Baleno crumple like a tin can?

At 865 kg (Petrol-MT), the Baleno is significantly lighter than competition. For reference, the VW Polo, the second lightest in line, weighs 1033 kg. This is where the case starts tilting against Maruti. Now, we’re at no position to conclude that the Baleno is structurally feeble, just by the virtue of being underweight. Only a proper crash test can attest to that, and Euro NCAP crash test results of the Baleno are still awaited – these still won’t reflect the crash worthiness of the India spec model, mind. In Maruti’s defense, a more rigid, well-engineered construction can actually be lightweight and safer too. 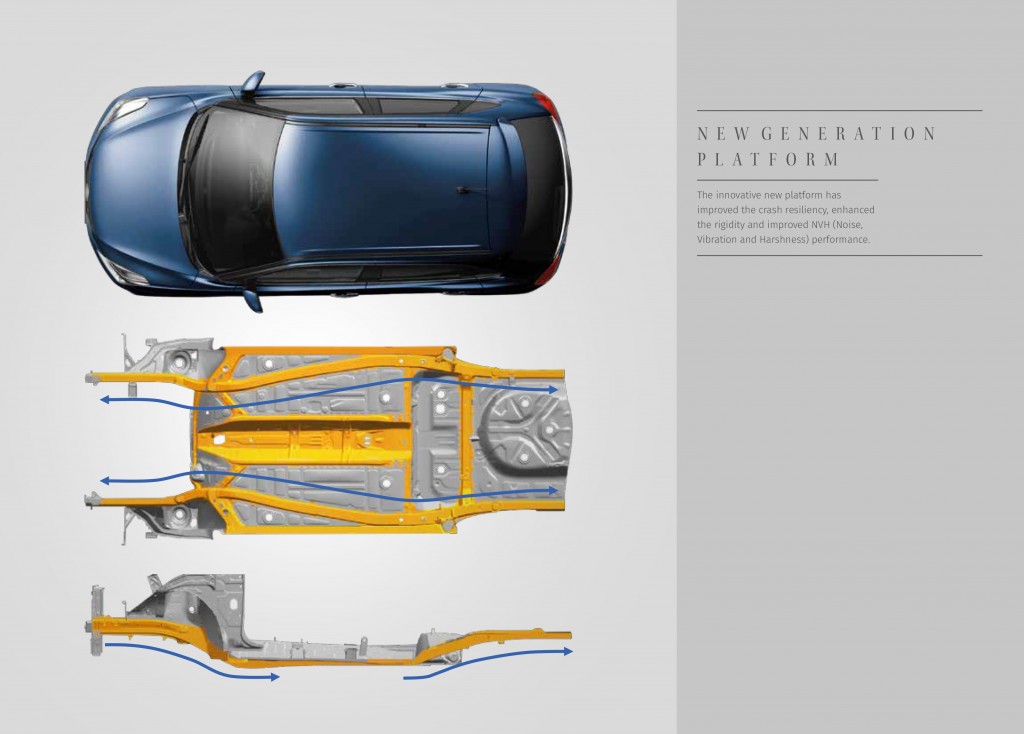 But when India’s leading automobile manufacturer says that their Baleno’s body is made from carbon and alloy laced high tensile steel, which accounts for enhanced strength and crash absorption, there has to be some explanation from their side as to why the body has been smashed to smithereens, like the barfed remains of a car crusher. Judging by the extent of the damage, the crash was definitely a high speed one. The point of impact with the truck must have been one, but why did it leave the whole car in complete tatters, even if a rollover was involved later?

Tensile strength of steel is measured in MegaPascals (MP), and high strength steels used in the auto industry typically have tensile strengths in the range of 300-400 MP. And although this is kind of an old reference, Peter Hodgson, Director, Institute for Frontier Materials, Deakin University Australia, on his India visit in 2013 to discuss possibilities to improve metallurgical properties of vehicles manufactured in India, has been quoted saying “The majority of steels used in the Indian auto industry is of a lower grade in terms of tensile strengths of 200-300 megapascals”. (Commercial Vehicle; 01 Dec, 2013). 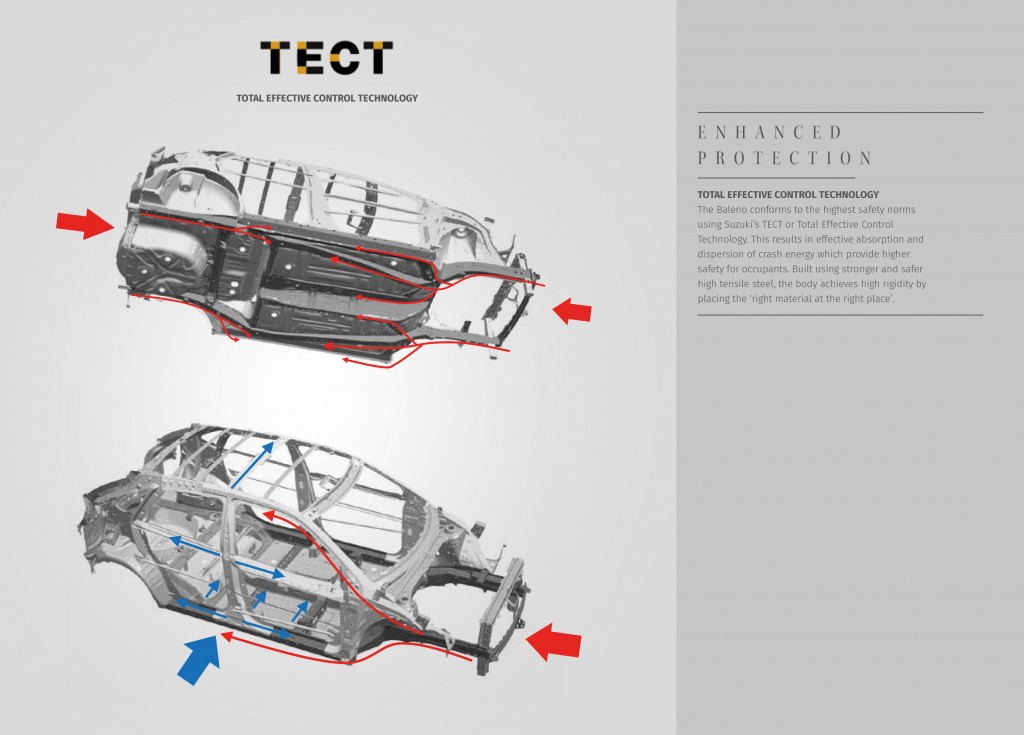 The game must have moved on in two years, but we’re quite sure that the margins are still the same. Last, but not the least, Maruti’s track record with safety hasn’t been the best, with the India-made Swift and Celerio failing miserably in independently conducted crash tests at Euro NCAP, questioning their structural strength. It’s a no-brainer that high tensile steel is expensive to produce, and the Maruti Baleno, which starts at a measly INR 4.99 lakh, doesn’t seem to charge a premium for this critical safety feature.

So there, the equations don’t really add up, and Maruti needs to answer some questions. Will it? We don’t know, as they are doing everything by the law. Though we really believe, being the market leader, the onus is on the brand to make our roads safer and make the industry take a step further towards passenger safety. Equipping its entire lineup with dual front airbags, and ensuring that the even the most economical models perform reasonably in international crash tests can be a good point to start from.

Is a car crumbling like a piece of paper a common happening, and should we take it as just another crash? Or is it high time some steps were taken towards making the cars sold in India safer? What’s your opinion? Do let us know…

Update: According to a report by The Tribune, the accident took place when the car in question was overtaking a truck. After overtaking the truck, the car was hit by the same truck from behind. The car went on the other side of the road, and was hit by another truck coming from the opposite direction. In such a case, it’s quite possible for a car to sustain heavy damages. While the extent of damage to the car’s body depends on its structural soundness and can be debated, it would have been difficult for most the occupants to survive such a mishap in most, if not all cars.