We regularly reported when the Maruti Suzuki A-Star replacement was spotted testing on the Indian soil. Now, according to a report by ACI, the upcoming global hatchback, internally codenamed as YL7, will be christened Celerio. The car will make its world debut at the New Delhi Auto Expo 2014, in February this year. The current Suzuki A-Star is known as the Celerio in some international markets, like the Philippines. 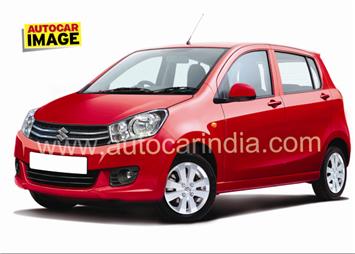 Maruti Suzuki India recently discontinued the Estillo. The Maruti Suzuki Celerio will be the replacement for both the A-Star and the Zen Estilo. We even showed you the car in its concept form (Suzuki A: Wind) at the 2013 Thailand Motor Show.

The Maruti Suzuki Celerio is likely to be sold in India with the 1.0 liter K-Series engine, which powers the Alto K10. This 998cc 3 cylinder motor develops 67 bhp of max power and 90 Nm of peak torque at 3500 RPM. The engine currently has a fuel efficiency figure of 20.2 kmpl for the Alto K10, but it will be tuned for greater efficiency for the Celerio.

Since the A-Star is sold with the Alto nameplate in the international markets, Suzuki will discontinue the name from these markets. Indian market will continue with the Alto 800 and Alto K10 nameplates.

Do you think the Maruti Suzuki Celerio will be the perfect replacement for the Estillo and the A-Star in India? Will it give a tough competition to other hatchbacks from the same segment? Let us know your thoughts by penning them in the comment section below. Let’s hear what the consumers have to say about this replacement.