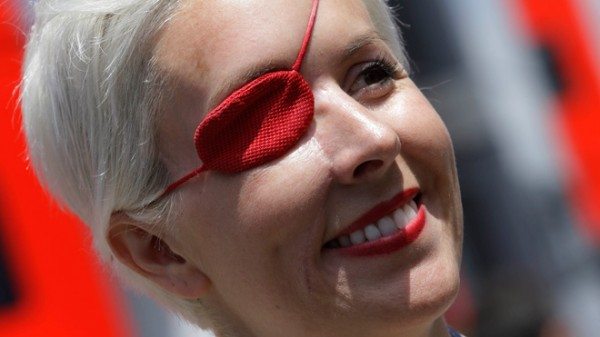 Ex-F1 test driver Maria de Villota was found dead in a hotel room in Seville today. Police reports that Villota died of natural reasons. She was 33 years of age.

Spain police said that the former driver was found dead in a room in Hotel Sevilla Congresos. Autopsy is yet to be carried out to ascertain the cause of death.

De Villota was the daughter of Emilio de Villota, a F1 racer who competed in the late 70s and early 80s. Last year, Maria De Villota sustained serious injuries while testing for Marussia F1 team in England. Maria lost her right eye, along with suffering from severe head injuries, due to this crash.

Expressing their condolences, Marussia F1 team said:”It is with great sadness that we learned a short time ago of the news that Maria de Villota has passed away.”Our thoughts and prayers are with Maria’s family and friends at this very difficult time.”

Commenting on this sad development, McLaren team prinicpal Martin Whitman said,”The whole paddock is very shocked by the news that Maria is no longer with us. She was an inspiration not just to women in this sport, but also to all those who suffered life-threatening injuries.“

Sauber F1 team principal Monisha Kaltenhorn said,”If anybody represented strength and optimism, it was Maria. Her sudden death is a big loss to the motorsport world.“

Renowned Spanish driver Fernando Alonso, who is currently with Ferrari, said,”It’s very sad news for the world of motorsport as Maria was loved by everyone. Now, all we can do is pray for her and for her family.“

Just a few days from today, Maria De Villota was to launch a book titled “Life is a Gift”, which gives a great detail about the hardships she faced after her serious crash.

Team Motoroids extends heartfelt condolences to Maria de Villota’s family. We sincerely hope that Maria will be remembered as a shining star in the world of Formula 1 and would be a source of inspiration for budding female drivers.