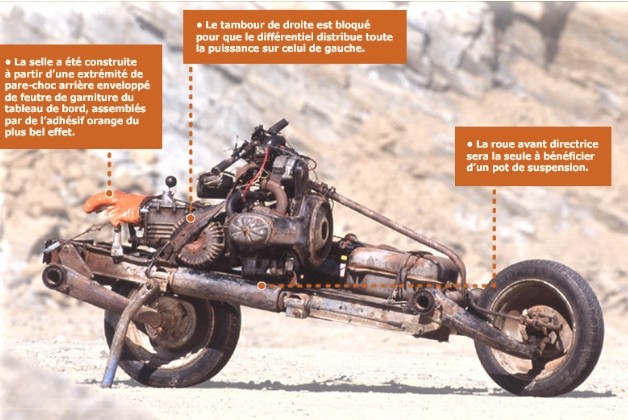 A Frenchman going by the name of Emile was recently left stranded in the deserts of Northwest Africa due to the suspension swingarm of his Citroen 2CV breaking down. Now, instead of spending days waiting for a passer-by to be found for help, what Emile did was to build him a motorcycle from the parts of his broken down car. It is said that this motorbike enabled Emile to escape the desert. Another interesting part here is that the local authorities had to be convinced that he wasn’t smuggling in an imported vehicle. Rest assured, we are surely in considerable awe.