Major A.S. Brar has won the 11th edition of the Maruti Suzuki Raid-de-Himalaya rally. He was joined at the victory podium by first runners-up Captain Nishant Karki and second runners-up Amartej Pal Singh Buwal – the other winners in the Xtreme 4W category. Incidentally, all the three top-finishers were driving Maruti Gypsy.

Ashish Moudgil was the winner in the Xtreme 2W category, while the second and the third places went to Gurpinder Sarao and Sandeep Singh Matharu. 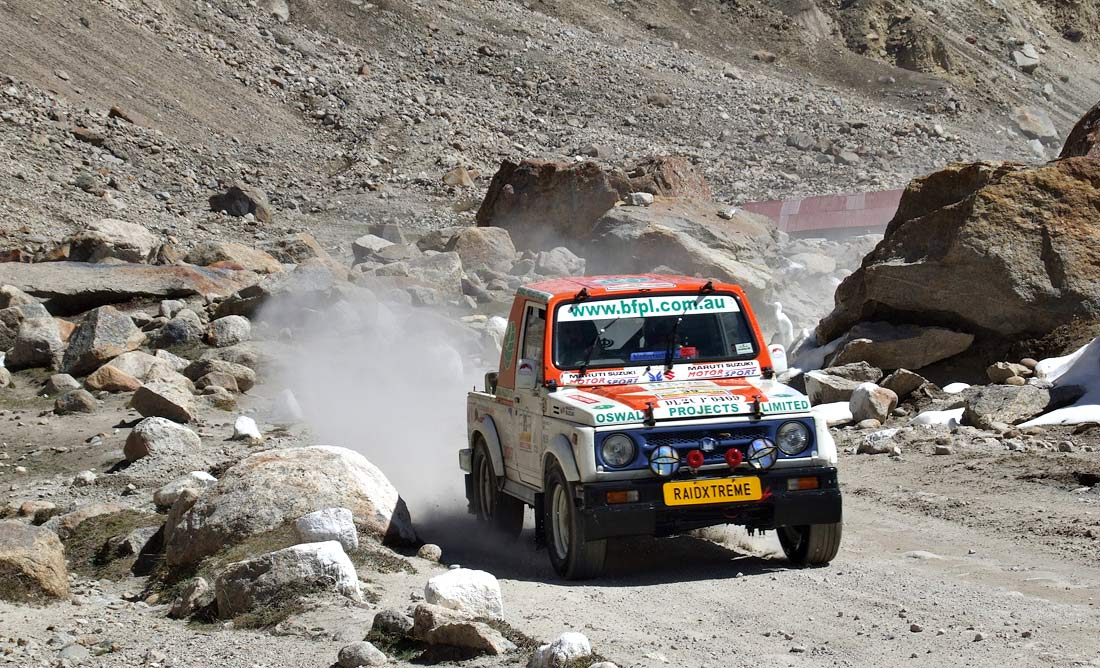 This edition of the prestigious Maruti Suzuki Raid-de-Himalaya was marked by upsets due to inclement weather and tough road conditions. Defending champion Suresh Rana’s dreams of winning his sixth title was dashed to the ground after his car developed serious mechanical failure. The rally also claimed a few other serious contenders to the crown – Harpreet Singh Bawa, Major Shakti Bajaj, and Sunny Sidhu.

Severe snowstorm at the Baralacha La pass and 2-3 feet of snow accounted for as many as 21 cars and seven bikes. The rallyists reached Srinagar after completing a 2,000-km rally.

Originally, around 115 teams from over 24 regions of the country as well as from abroad had registered to participate at the 11th edition of the Maruti Suzuki Raid-de-Himalaya. The eight-day event – October 6-13 – is listed on the off-road rallies calendar of Switzerland-based FIM (Federation Internationale Motorcyclisme), and is the only Indian motorsport event that draws attention from the international rallying circuit.