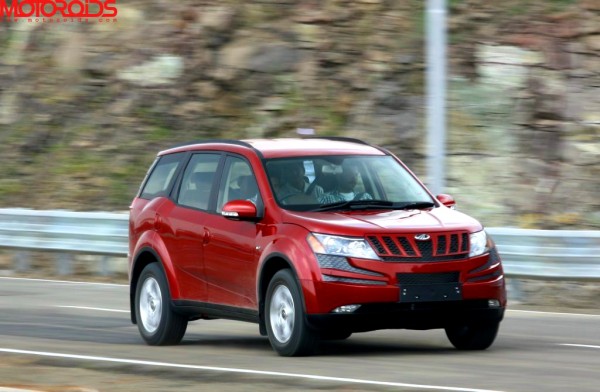 The diesel powered Mahindra XUV500 is doing quite well actually. But now Mahindra is now considering throwing in a petrol engine option in their flagship SUV soon, reminding us of the initial Scorpio days in 2006, when it carried a Renault sourced petrol motor christened as REV116. The Mahindra XUV500 petrol will be initially destined for export markets like the CIS and South America.

According to Motoring World, the new petrol engine will be heavily based on the existing 2.2 liter mHawk diesel unit. In construction, the bottom half block will be shared, with the addition of a new head and other ancillaries making it ready for some gasoline induced combustion. Power will supposedly be rated at an identical 140 bhp, as the mHawk motor, but torque figures haven’t yet been disclosed.

For export markets, the new petrol motor will be mated strictly to a new six-speed automatic box from Aisin Seiki, the Aisin AWF21. It’s still not clear whether the car will be offered in all-wheel drive guise or not. Mahindra should begin exports of the petrol XUV500 in 2015, while an Indian launch is expected soon thereafter, maybe by the end of next year.