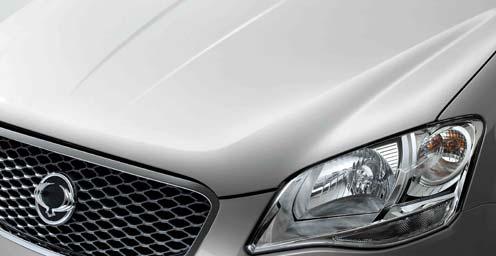 Mahindra & Mahindra’s (M&M) sport utility vehicle (SUV) called XUV500 will hit the Indian roads by the end of 2011 after which, the firm will launch Ssang Yong’s range of SUV’s in India. M&M had acquired Ssang Yong which is a South Korean firm famous for its SUVs, earlier in February 2011. The Korando and Rexton SUV’s will be amongst the first to be launched in India by Ssang Yong. The Actyon may make its way to India later.

Vivek Nayar, senior vice president, marketing, automotive division, Mahindra and Mahindra commented at a recent press conference, “Some of SsangYong SUVs will come by middle of next year, after the ‘XUV 500′ which will come by December.” Mr Nayar revealed that Mahindra & Mahindra is currently focusing on the development of its primary models like the Scorpio, Bolero and Xylo along with its attention spread over the recently named and facelifted Verito sedan and pick-up truck called Maxximo.