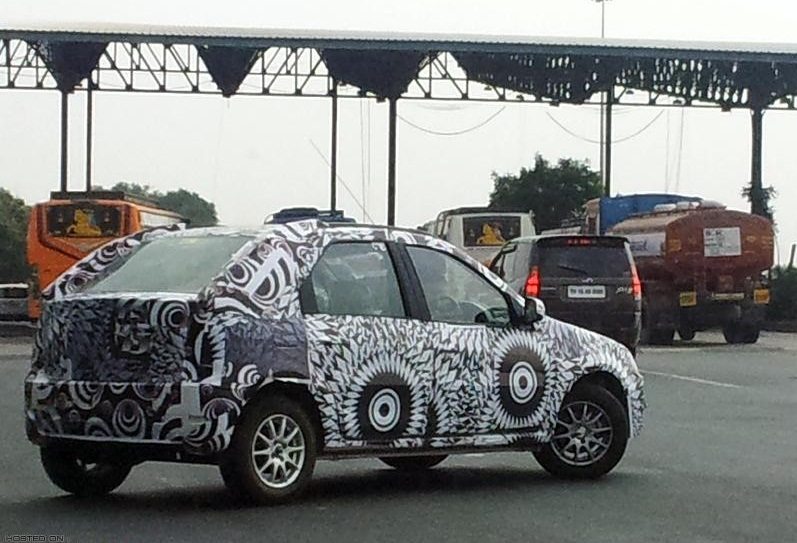 Mahindra Verito Compact Sedan has to be among the most awaited cars of recent times. We have lost count of the number of times the car has been spotted testing and spy pics of the Verito CS are so regular that we would like to believe that M&M is rigorously testing and fine tuning the new car before introducing it into the fast emerging compact sedan market.

While most of the spy pics left us confused about what the car would look like, the recent batch of pics confirm the speculations that the Verito CS would come with a notchback. 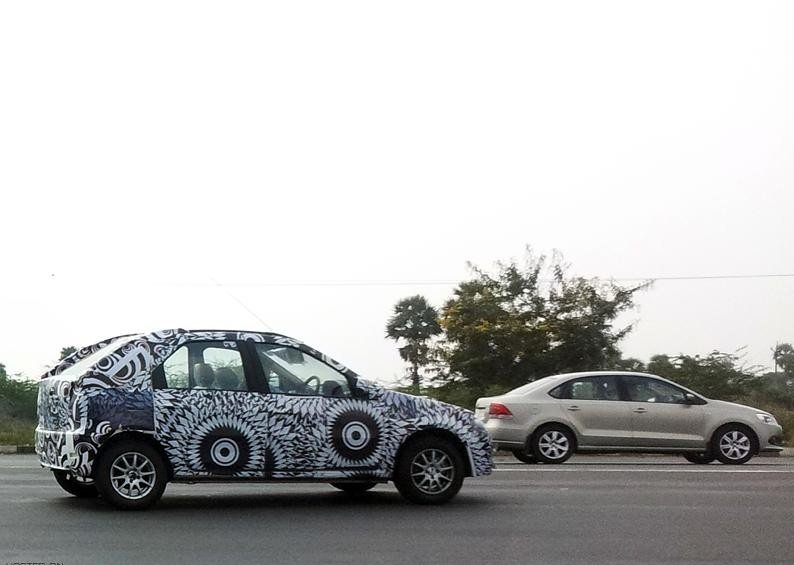 Thanks to a considerably different side profile, it seems like it would take some time before the new Verito’s styling grows on us. The car, in all probability, would come with tail-lamps positioned in the upper half of the 5th door (la Ford Focus) and expect the top end variant to get 10 spoke alloy wheels.

Powering the car would be the tried and tested 1.5-liter diesel engine that powers the full size sedan variant.

Expect the Mahindra Verito CS launch to happen around the end of this fiscal.