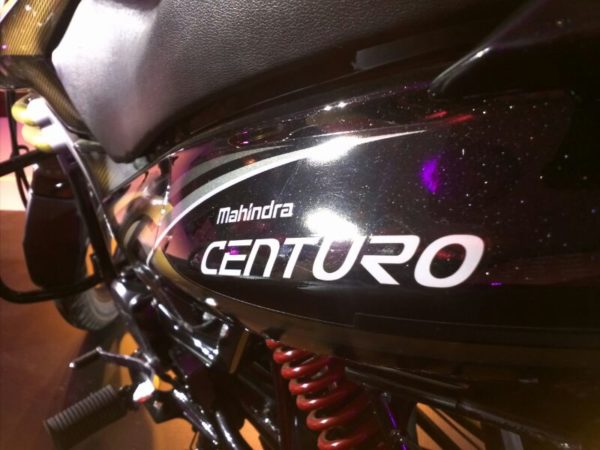 The volume growth was driven by increasing demand for the new Mahindra Centuro as well as decent demand for its scooters and Pantero motorcycle. The Centuro has continued to receive thousands of bookings across the country during the festive season.

Viren Popli, Executive Vice President, Mahindra Two Wheelers said “This festival season has been special for us as we hit a new high in sales. The Centuro has continued to receive an excellent response from customers through the festive season, with a growing number of bookings. We are expanding production to meet this demand and are also focused on expanding our sales & service network to ensure that customers receive great service thus ensuring that positive word of mouth continues to spread.”

Designed entirely in-house, the Mahindra Centuro sports a host of patented features. It is powered by Mahindra’s indigenously developed intelligent MCi-5 (Micro Chip ignited-5 curve) engine that has a power output of 8.5 BHP @ 7500 rpm, 8.5 Nm of peak torque @ 5500 rpm and an ARAI certified mileage of 85.4 kmpl.