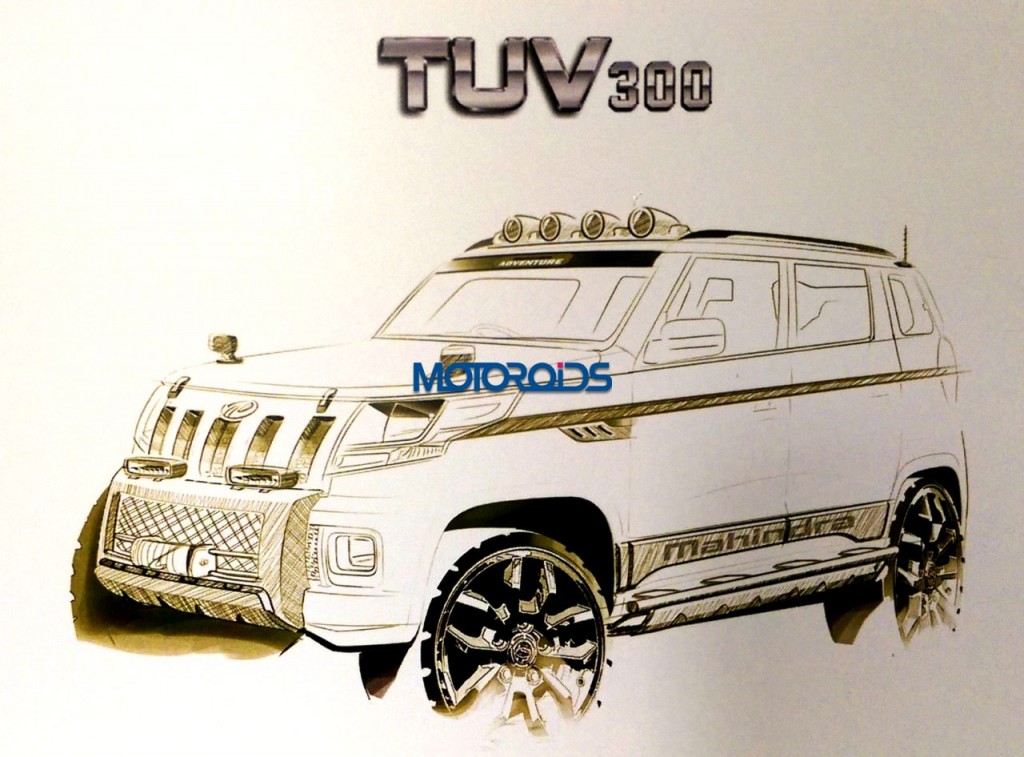 As promised earlier, Mahindra and Mahindra has revealed prefatory details about their upcoming sub-4 meter SUV, codenamed U301, at an event in Mumbai. Tagged as the TUV300 (read double O), with the “T” representing “Tough” to highlight the “tough and stylish SUV design”. Mahindra says that the TUV300 will be based on an all-new platform while the overall design has been inspired by a battle tank. 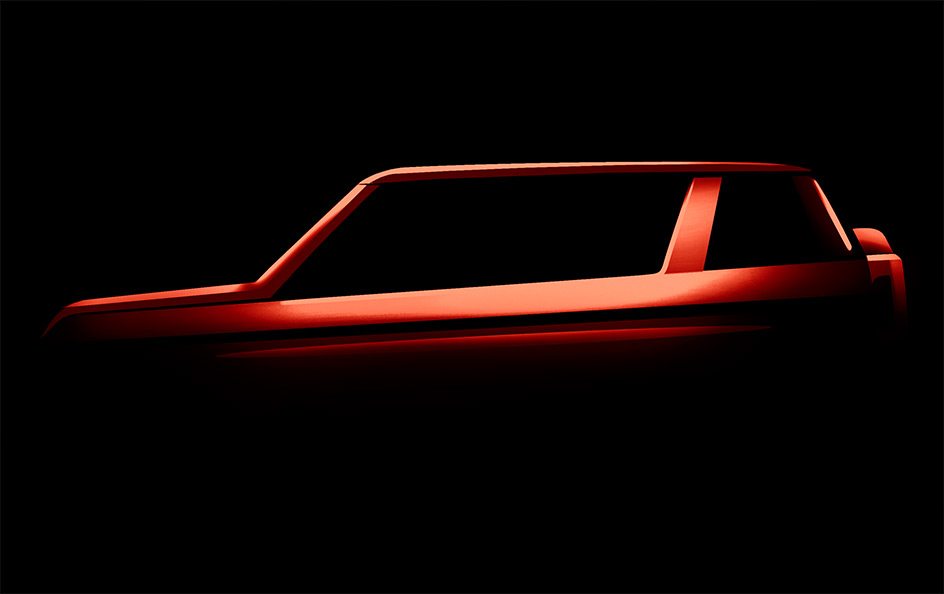 Mahindra has also clarified that the TUV300 will not replace the Bolero and will be launched in September 2015. The TUV300 has been mostly designed and developed by Mahindra’s inhouse design team and the R&D has been carried out at the Mahindra Research Valley in Chennai. Having said that, famed Italian design house Pininfarina has also aided Mahindra with some aspects of the TUV300’s design. The vehicle will be manufactured at Mahindra’s Chakan plant in Pune, Maharashtra. 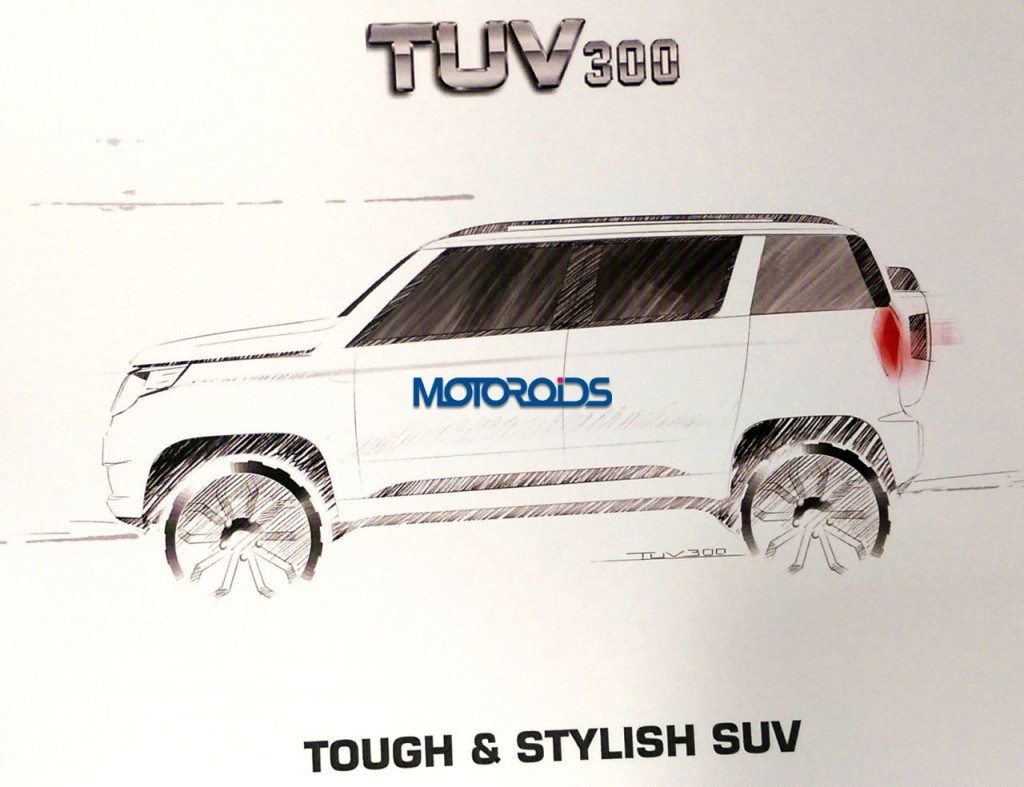 The TUV300 will receive an all new diesel engine that will be based on the current mHawK architecture. The motor will be developed at Mahindra Research Park in Chennai.

The TUV300 is still under development and more details, along with the price, will be revealed in September 2015. Mahindra is also working on a left hand drive version of the TUV300 to export the compact SUV to overseas markets. The TUV300 will not receive a 4WD version initially.

The Mahidra TUV300 will lock horn against compact SUVs such as the Ford EcoSport and the Renault Duster. We would report more details as and when they surface so stay tuned for more.