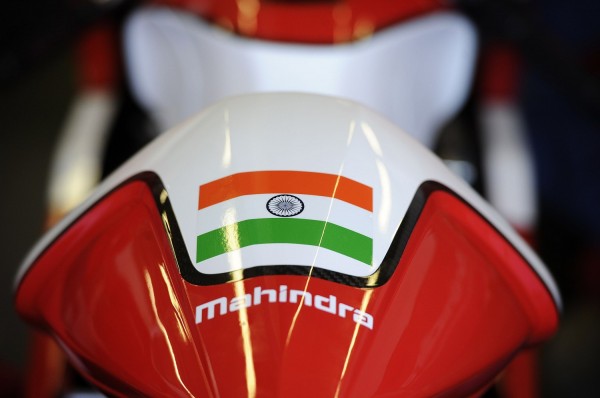 In an interview to PTI, SP Shukla, Chairman of the Mahindra Racing said, “Three years back we started to show how good our product is with our own team. Now we have three other teams using our bike, which shows the progress we have made. So from the 2015 season, we will not field our own team.”

He further added, “It is a natural progression for us, like other bike makers do. We will make and supply our bikes to other teams and provide them technical support. We don’t need our riders to showcase the strength of our bikes anymore. Although there is never a harm in having our own team, we thought it was better to focus on providing support to our customers than competing with them.”

Do you think it is a wise decision by Mahindra to discard its Moto3 racing team? Do you think that Mahindra should start using some of its Moto3 technologies for creating a better production motorcycle for the masses? Share your opinions through comments below.