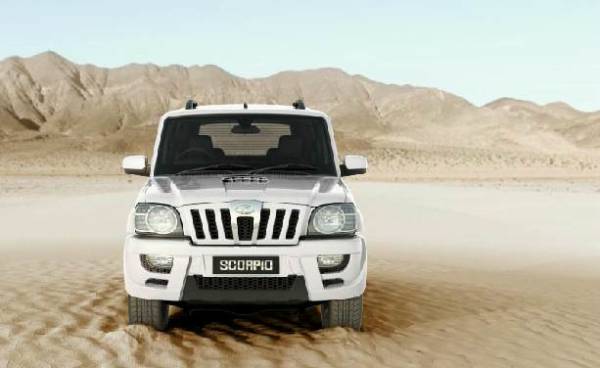 As the Indian market slowly matures, automotive recalls are no longer a taboo. Numerous automakers have recalled vehicles in the past, with recall figures going way above the Mahindra Scorpio EX variant’s numbers. Infact, Mahindra had recalled about 935 units of the similar variant of Scorpio in December last year.

The current recall of the Mahindra Scorpio EX is aimed at rectification of faulty pressure regulating valves. Preventive inspection of some parts of the recalled vehicles have to be carried out. The recall affects only the Scorpio EX vehicles manufactured in between the time period of May 2012 to November 2013. The recalls will involve inspection and free replacement of parts, if necessary. The Mahindra Scorpio EX customers will be intimated individually by the authorised dealerships of Mahindra.

The Mahindra Scorpio EX variant is powered by the 2.5 liter m2DiCR diesel engine. The powerplant generates a peak power of 75 bhp at 3200 revs, and a peak torque of 200 Nm at a very usable 1400 revs. It is a four-cylinder engine possesing inline arrangement. The engine is mated to a 5-speed manual gearbox that transmits power to the rear wheels. The interiors of the Mahindra Scorpio EX are very spartan. Fabric seat covers and adjustable head rests make up the feature list. One will get a height-adjustable driver seat, too. The equipment list isn’t that great too. A manual air-conditioner with a power steering equipped with tilt adjustment is what makes up for the bulk of the instrumentation list. Other things include 12 V power outlets, a heater and a roof-mounted antenna are other additions.

This proactive move by Mahindra for the safety of customers is highly appreciated. Any of our readers who have received an intimation about the recall?