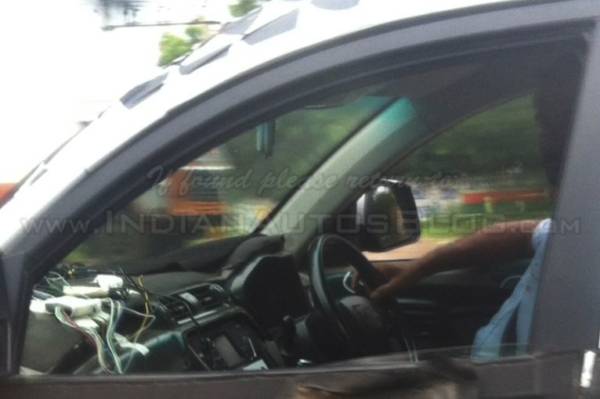 Mahindra has been testing the S101 (XUV100 / KUV100) around the country and it has been spied again, this time with the interiors revealed. Mahindra S101 interiors spy images reveal distinct features such as a touch screen entertainment system with a small rectangular display and rectangular A/C vents. The steering wheel seems to be inspired from the TUV300, though the image isn’t enough for us to have a conclusive view. The ORVM seen in the images is a bit higher-set and seems to be broader and wider than what we normally get to see on cars. 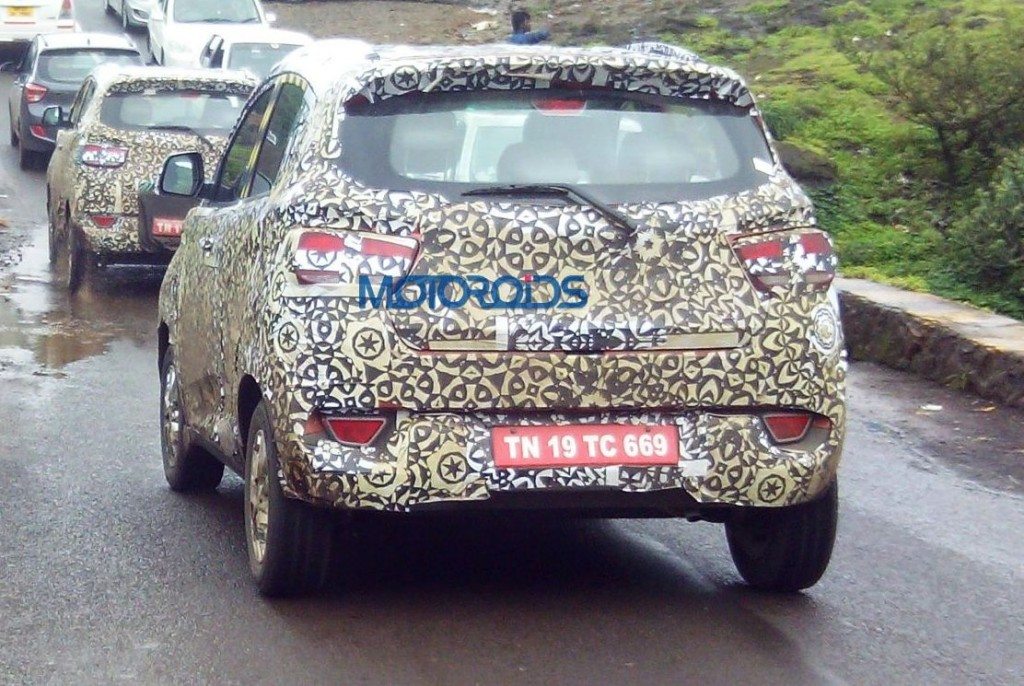 The spy images also reveal piano black applique on the interiors with a silver garnish in the instrument console and on the steering wheel as well. The overall treatment and finish of the cabin should be quite up-market as the S101 will be aimed mainly at the urban buyers. The gear-lever which somewhat juts out from the dashboard liberates space towards the seats, and may well be used for small open storages. Also visible on the dashboard, above the glovebox is a recess which should be a nifty little space to store small articles such as a wallet or mobile. 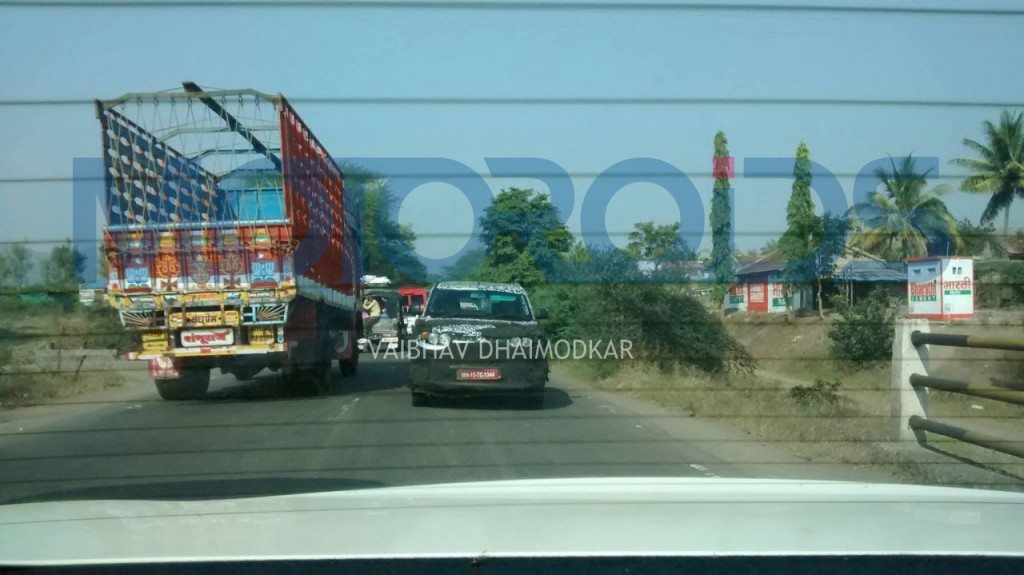 The spy images also reveal other features such as a spoiler, blackened door pillars, rear wiper and roof rails. Safety features such as ABS and dual airbags could be offered in the top end variant.

Mahindra is betting big on its upcoming compact SUV, and expects to take a out big slice from the sub-4 meter SUV segment. Prime competitor will be the Ford Ecosport, though we can comfortably expect the S101 to undercut its American rival in terms of pricing.

Powering the new compact SUV will be a newly developed 1.2 liter petrol engine, to be co-developed with Ssangyong. The output specifications of the new engine are not know yet. Oil burning duties will be carried out by the 1.5 liter diesel powering the TUV300 with a peak power output of 84 hp. This engine may be presented in a slightly different state of tune for the the S101 though. In addition to a manual transmission, the S101 is also expected to get an AMT unit. 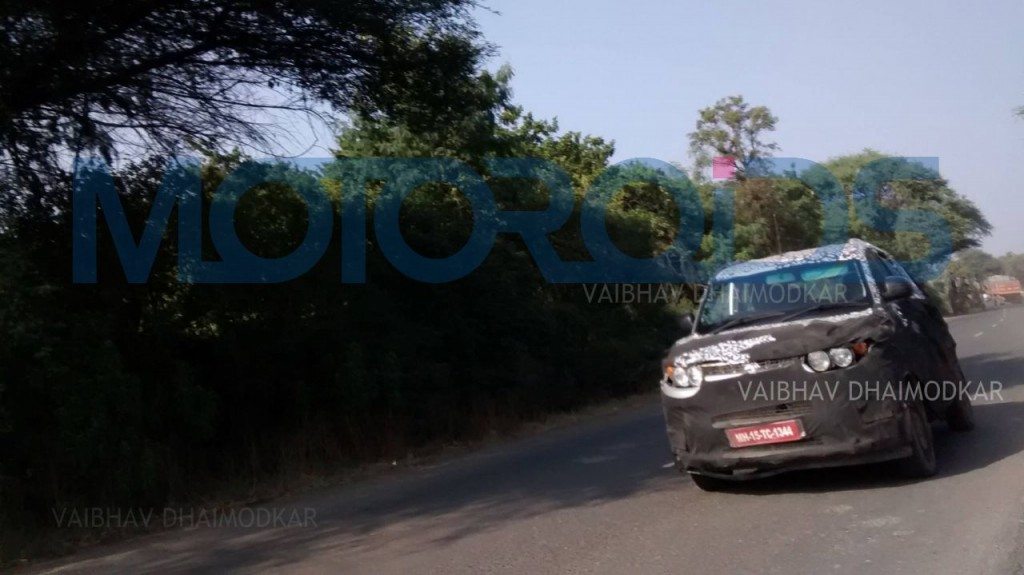 Click here to have a look at our earlier report detailing the other salient features of this upcoming compact crossover.

What are your views on the S101? Will it overtake the new K(w)id on the block after its launch ?? Let us know your opinions through comments or our social media networks.