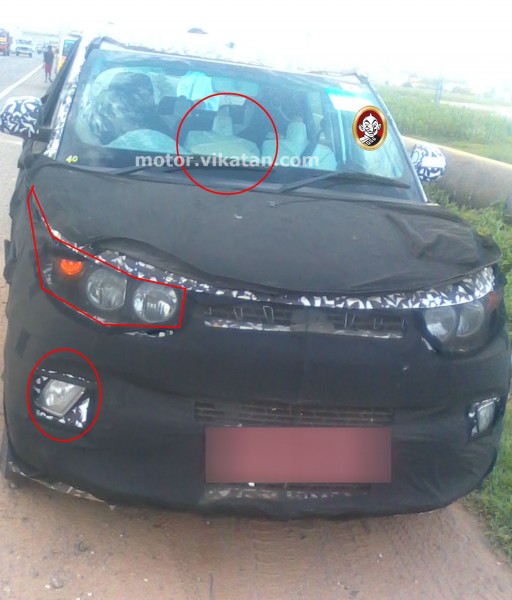 The Mahindra and Mahindra (M&M) engineers were caught testing a car dubbed the S101, and the test mule clearly has a 3-abreast seating layout, both at the front, and back. Many of us in India would remember the Hindustan Motors Ambassador and the Padmini having similar layouts like this car. The car was spied having dummy passengers in it to simulate everyday conditions and will fall under the sub-4 metre category and is likely to compete with Ford EcoSport. 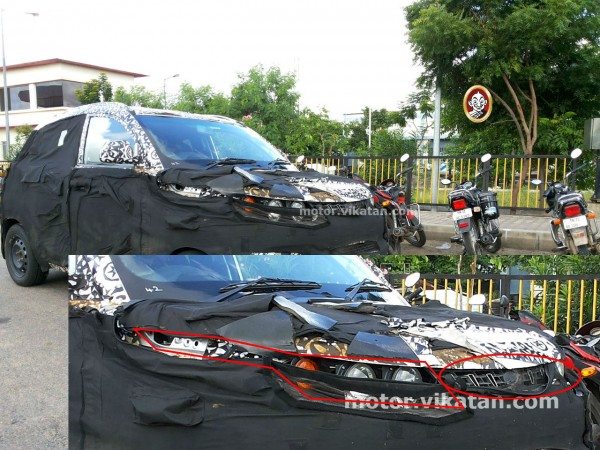 The spy car was noticed with foglights inset in the bumper, but the light elements within them didn’t seem like production working units. It also carries the M&M favourite, feline-inspired front grille. The test mule also suggests a tall roofline which means there would be sufficient headroom for future occupants. The car is based on an all-new monocoque platform newly developed by M&M and will be one of the two new platforms that the company will launch in 2015 along with three new models. It’s supposedly to compete with B-segment cars on terms of pricing, like the Swift, but in terms of it’s size, it will play ball with the EcoSport. But how it will actually perform when pit against the ever-popular EcoSport is to be seen.

The car will be launched somewhere next year, powered by an all-new three-pot petrol engine and diesel engine as well, of course. Both of these motors are to be paired to a manual gearbox, and could also be mated to an AMT. Keep following this post and we will keep you updated with more news on the Mahindra S101.