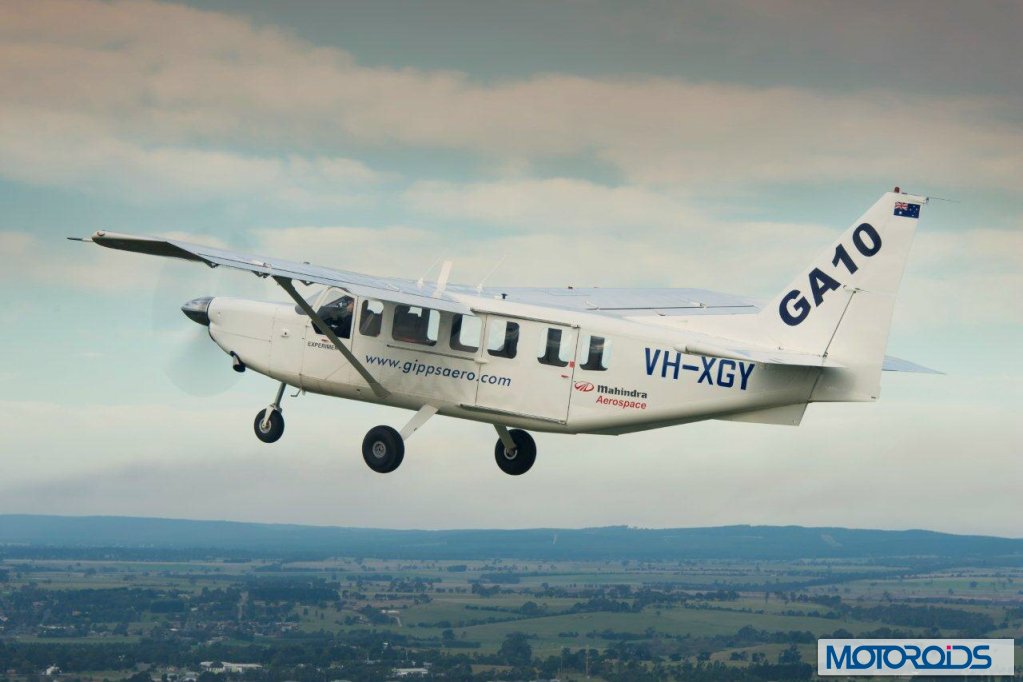 This is the face of Mahindra that you’ve not probably seen. The Indian auto major has ventured bigtime into aerospace technologies and is developing a signle turbo-prop aircraft to start with. Names the GA 10, the aircraft is being developed by Mahindra GippsAero, an Australian subsidiary of Mahindra. The aircraft just completed its first flight successfully. The GA 10 is a 10 seat, multi role aircraft based on the very successful GA8 eight seater utility aircraft. The first flight took place at GippsAero’s home base at Latrobe Regional Airport in eastern Victoria on Tuesday the 1st of May 2012.

The GA10, powered by a Rolls Royce 250 turbo prop engine, fits a unique niche in the market and will suit a wide range of applications from passenger and freight work to air survey and surveillance roles.
Test Pilot, Tony Morris and GippsAero Flight Test Engineer, Gerhard Jordaan were on board the GA10 for this memorable occasion. Once in the air, the GA10 circled the airport several times for approx. 20mins as well as one low approach including a go-around. 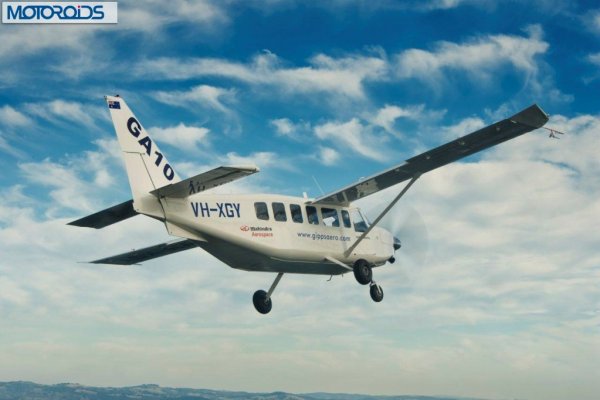 With the completion of this first flight, the GippsAero engineering team will subject the prototype to an intensive programme of static and flight tests to gain a CASA Type Certificate for the GA10. It is anticipated that the new type will be available for customer delivery in the first half of 2013. The new plane is expected to go on sale in India in 2014.
The company is also soon to announce details of a deposit program that will provide an opportunity for operators to secure a purchase position.

“The successful test flight of the GA 10 represents another milestone for Mahindra Aerospace after the launch of the NM5 in September last year and places India on the global aviation map. I am sure that operators will view the GA 10 as a commercially viable, multi role aircraft with the advantage of turbo prop technology. We plan to introduce the GA 10 in India soon as well,” said Mr. Hemant Luthra, President, Mahindra Systech. 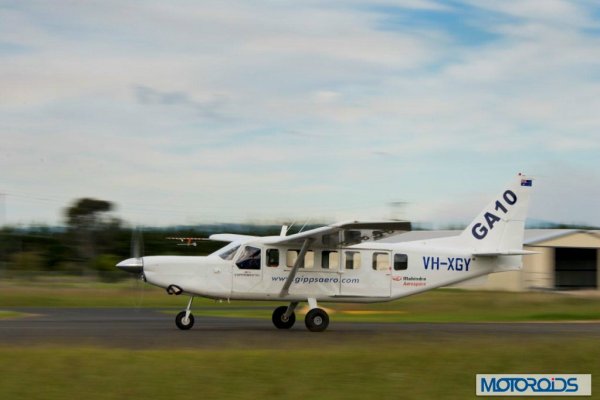 Arvind Mehra, Executive Director and CEO of Mahindra Aerospace said “We are extremely proud of the successful first flight of our first turboprop. It is another important milestone towards reaching our goal of providing a family of economical utility aircraft to the aviation market.”

CEO of GippsAero, Dr Terry Miles, announced “The GA10 will bring an entry level turbo prop utility aircraft to the market place enabling operators to make the not inconsiderable step of moving from piston to turbo prop power. The projected low purchase price and low operating costs of the GA10, coupled with its great versatility, will offer operators a commercially viable, multi role turbo prop aircraft.”