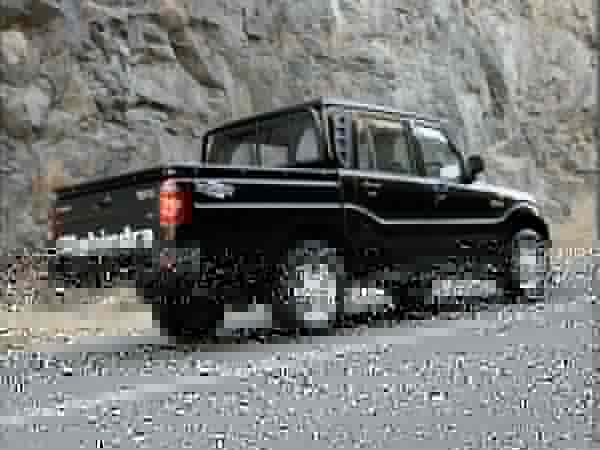 Mahindra has officially rejected Global Vehicles $35 million order for its Pik-up trucks in the US of A. The ongoing tussle between to two companies is only going to intensify with the development. The Indian automaker has issued a statement about the claims of Global vehicles. Mahindra has accused the American Company of “engaging in PR theatrics while pursuing an unnecessary lawsuit.” The company also says that its pact with GV is over and it is free of bring its Pik-Up to its network of waiting U.S. dealers. Mahindra has also claimed that Global Vehicles is trying to damage its reputation while disrupting its attempts to bring the vehicle stateside.
Here is the official release from Mahindra.

Mumbai, September 27, 2010
Mahindra announced that it had received and was rejecting an invalid order for pick-up trucks from former distributor Global Vehicles USA, Inc. Mahindra views this order as another example of Global Vehicles’ policy of engaging in PR theatrics while pursuing an unnecessary lawsuit. This is Global Vehicles’ continued attempt to manipulate the press to damage Mahindra’s reputation. Mahindra also believes that this is an attempt by Global Vehicles to distract Mahindra from pursuing other plans to bring its vehicle to the US market.

As stated in Mahindra’s September 24 statement, the contract with Global Vehicles has expired. In light of this fact, Mahindra will be contacting U.S. dealers to make other arrangements for
distribution. Mr. P N Shah, Chief Executive, International division, Automotive & Farm Equipment sector said, “Mahindra’s goal remains to bring its vehicles to the US market, satisfying the desires of US consumers and dealers alike.”