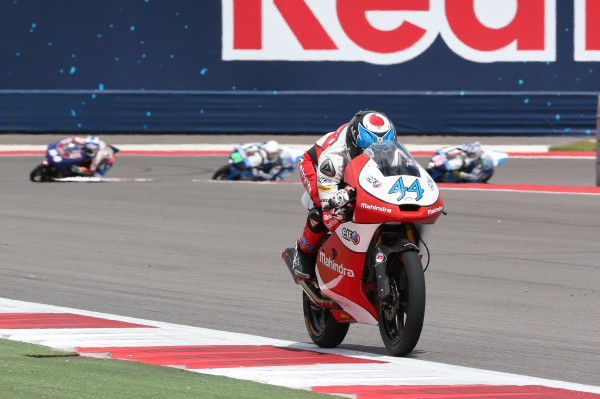 Fresh from a best-ever result in the opening round at Qatar for the only Indian team in Grand Prix motorcycle racing, the all-new Mahindra MGP3O went two better at a tense two-part race at the Circuit of The Americas in Texas, when Portuguese rider Miguel Oliveira claimed a superlative fifth place finish.

The 18-year-old rider gained two places in a fighting last lap of a hectic five-lap sprint. It was part two of a race that had been red-flagged earlier after a crash.

The sprint race came about after the planned 18-lapper was red-flagged before the required two-thirds distance had been completed. Positions counted only for grid places in the restart, over just five laps of the fine new 5.5-km circuit outside the Texas state capital of Austin.

Oliveira had already improved by pulling through to eighth from 18th on the grid. His race was a thriller, as he forced his way through a close pack battling for fifth. In the end he swooped through to lead them all. “I just attacked,” he explained.

Vázquez had also moved up from 15th to 14th for the restart; and held his position.

The all-independent new Mahindra MGP3O has made its mark on the competitive Moto3™ class in just two races, six months after it first took to the drawing board. In Qatar the white-and-red racers were seventh and tenth.

Miguel Oliveira, who finished in fifth Place, commented, “I am very happy – it’s very positive for Mahindra, and very satisfying because we were struggling to get the perfect set-up. For the race I changed my riding style a lot, and felt much more comfortable. In the first race I was getting faster and faster, and in a really exciting battle for fifth. In the restart I just attacked. The project is new and we still need more time to work on the chassis. We can only get better, and I think we can be competitive at Jerez.”

Efren Vazquez, who finished in 14th place, commented, “I am a little disappointed because practice and qualifying was not so bad. All weekend I couldn’t find a good feeling with the front tyre. The track is very technical, and each time I pushed I was losing front grip, so it was quite a difficult race. I’m happy to be in the points again for Mahindra – but to be closer to Miguel I need to work more on my chassis settings.”

Mufaddal Choonia, Mahindra Racing CEO, commented,”Our best-ever result consolidates our very encouraging start at Qatar. This bike is still very new, and already it is strong. We can be confident that it will improve with more development. I am very proud of the team and what we achieved today. I am also interested to see whether we can close the gap even more at the next race in Jerez.” 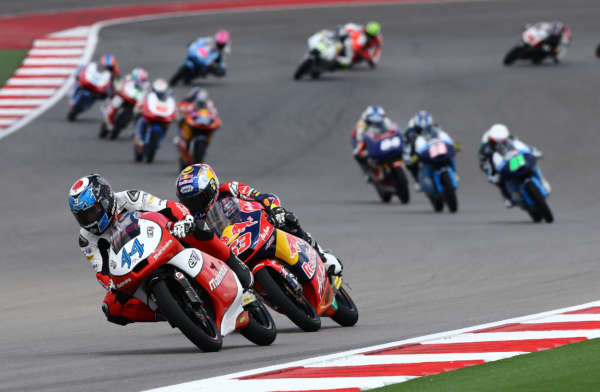 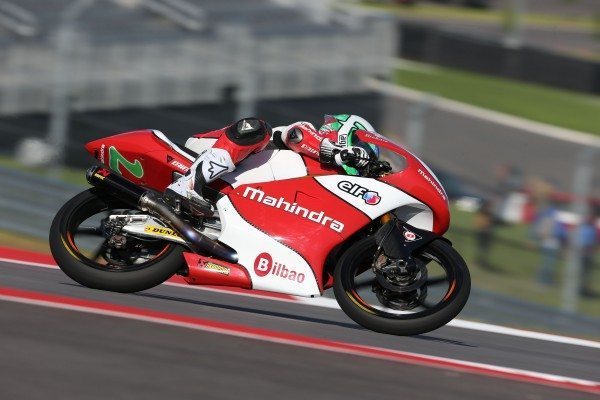