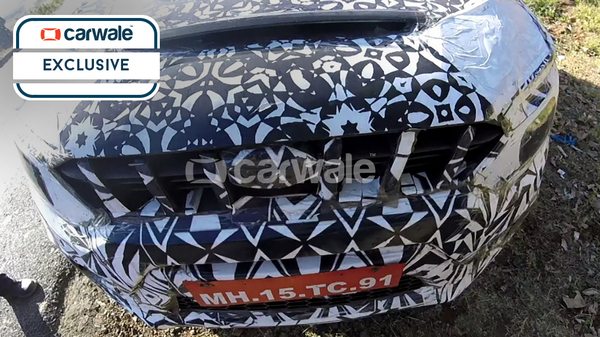 Mahindra tasted success in the compact SUV segment with the TUV 300 after hitting on some sour grapes with their earlier model, the Quanto. This did not stop Mahindra from improving the Quanto, the facelifted model of which was earlier spotted testing on numerous occasions. Recent spy images from auto portal Carwale reveals the front fascia and the AMT gearbox of the upcoming Quanto which will be reportedly re-christened as the Canto.

Talking about the front fascia, the Mahindra Quanto facelift will feature a bold grille that replaces the earlier grille that had taken cues from its elder sibling, the Xylo. The headlights in the spy image seem be inspired from the current gen Scorpio that has a more definite and edgier shape than the current headlights of the Quanto. Expect the new Quanto to get LED DRLs and alloy wheels while the posterior could get refreshed tail lights. 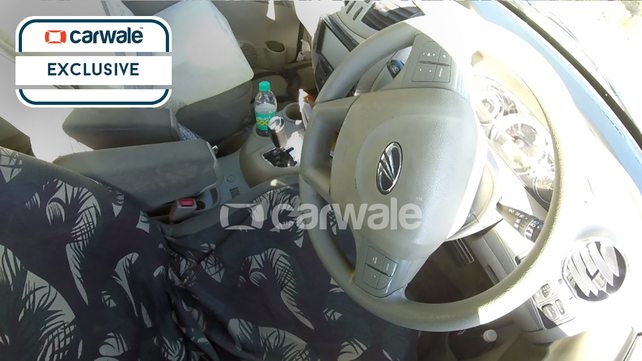 Coming to the transmission, the AMT gearbox is another aspect that could widen the scope of sales for the Quanto. The current gen Quanto is available only with a 5 speed manual transmission. Reports suggest that the cabin could also feature revamped beige upholstery, a new steering wheel design and a touch-screen infotainment system.

The Quanto facelift could be powered by a 1.5-litre 3-cylinder mHAWK 80 turbocharged diesel engine that develops around 85bhp and 230Nm, with manual as well as AMT transmission options, the same that features on the TUV300. We also expect Mahindra to induct the recently introduced 1.5 litre mFalcon engine although there are no words from the company regarding the same.