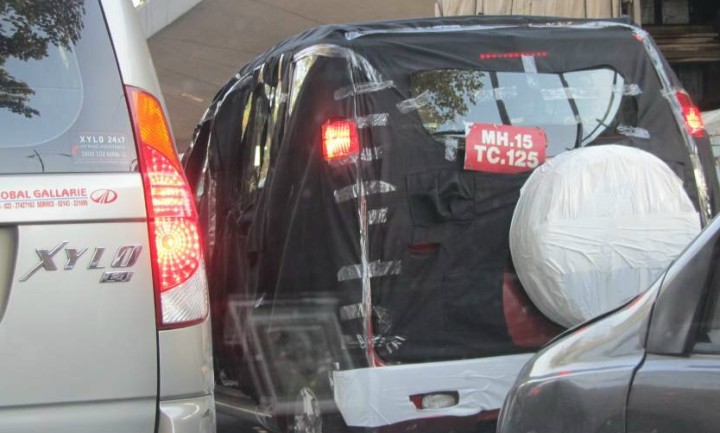 This news would comes as an answered prayer to many SUV lovers, who thus far have not been able to own one owing to the high prices of the vehicles offered in the category. As we had also told you a few months back,  Mahindra is now working on a small SUV which would be powered by a 1.2 liter petrol and a 1.5 liter diesel engine. As you would have made out by now, the new SUV would clearly aim to qualify as a small car and gain excise duty cuts. It’s notable that Mahindra is also working on the Mini Xylo which would qualify as a small car as well. However the prices would still be some distance away from those buying into the small car market.The SUV we talk about here would be even more economical.

Jack up the ground clearance of a hatch, make the shape boxier, and beef up the wheel arches – that’s how you can begin visualizing the product in question here. The new vehicle has been codenamed S101 but according to some sources, the engineers on the project are fondly calling it the ‘Nano SUV’. The vehicle will boast monocoque construction as seen on the XUV500, cutting down a lot of weight for the baby SUV, boosting efficiency and acceleration in the bargain.

Expect the new machine to go into production in a couple of years from now. Currently M&M is working on the vehicle at its R&D center in Chennai, but won’t be long before camouflaged test mules set out to let our sharp shooters a chance to bring them to you. The vehicle will be produced at Mahindra’s modern plant at Chakan, so expect fit and finish to be top notch. Price is expected to be in the region of 4 lakh.

Count on us to bring you the latest information on the vehicle as the new as the story unfolds.