Mahindra Mojo’s console looks way too cool! A spy video of the upcoming 300 cc bike’s instrument console shows that it comes loaded with a plethora of readouts and blinking lights. 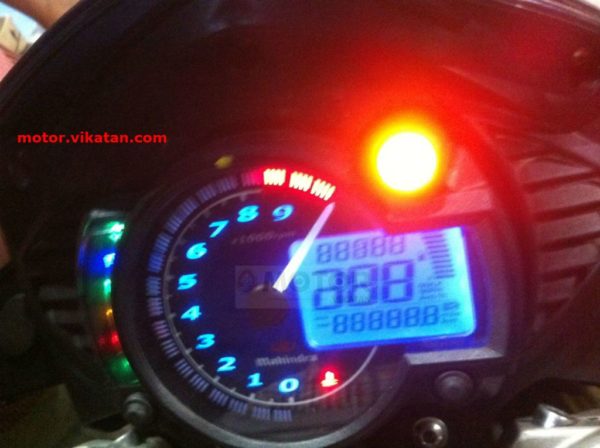 The much-delayed flagship motorcycle from Mahindra was recently showcased at a special dealers’ meet. While it did spark some speculation about the upcoming launch of the Mahindra Mojo 300, there has been no official word from the manufacturer so far. The Mahindra Mojo was present at the Auto Expo in Delhi this year. The vehicle showcased at the dealer preview was not much different from the one present at the Auto Expo. This suggests that Mahindra has finally gotten over whatever problems it was facing with the Mojo, and it has reached Production-Ready level.

In this backdrop, a test mule of the Mahindra Mojo has been caught red-handed in Tamilnadu. A MotorVikatan reader managed to capture some photos of the test mule. He even went ahead to record a video showcasing the Mahindra Mojo’s console in all its blinking-and-glowing glory. 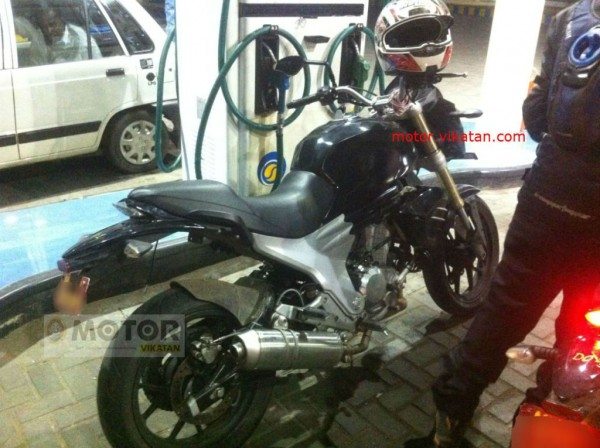 If you are not watching the spy video, you are definitely missing something! We still remember Mahindra Rodeo’s instrument console, the first ever across scooters to sport a fully-digital layout. On the same lines, the Mahindra Mojo’s console is lively and eye-catching. As soon as the key is flicked onto ignition, the console lights up with an array of lights. The digital readout has a cool, pleasant blue backlight. The same light tone is used for backlighting the numbers on the analog tachometer. The needle burns white, and as it swings across the rev-band, it is followed by another line of amber blocks. Specially eye-catching is the single block of amber light that waits for a moment as the needle touches Base Zero from top, and then it falls enthusiastically to the bottom.

A nice, little animation that Mahindra has incorporated into the console.

There’s a chunky shift light positioned over the whole console. Besides, there is a band  of multi-coloured lights to the left of the tachometer. We assume they are the turn-lamp indicator lights, Neutral indicator light and whatever-else-Mahindra-has-put-in…..all mashed up together! 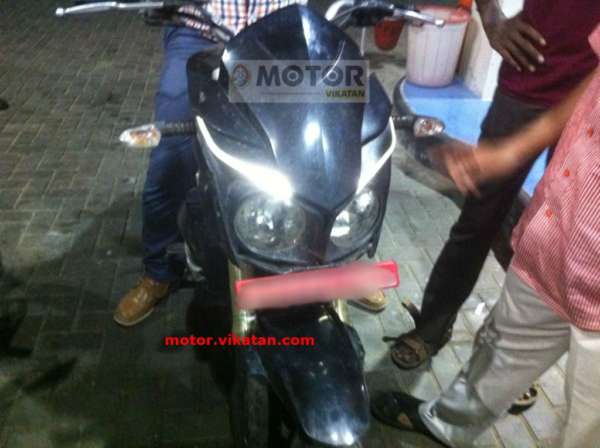 But is this enough for Mahindra Mojo to succeed in a cut-throat bracket?

It has already been very late to the party. And it will face tough fight from the Honda CBR300R, KTM Duke 200, Suzuki Inazuma, and a few others. The Mojo will stand out as a Value-for-Money offering among all these products. Expect it to be priced in the ballpark region of INR 1.5 lakhs.