A Renault Duster Pick-Up variant has been reported from the wilderness of Romania. Layered in mud and grime, the vehicle was probably a test mule undergoing tests in the harsh environs. 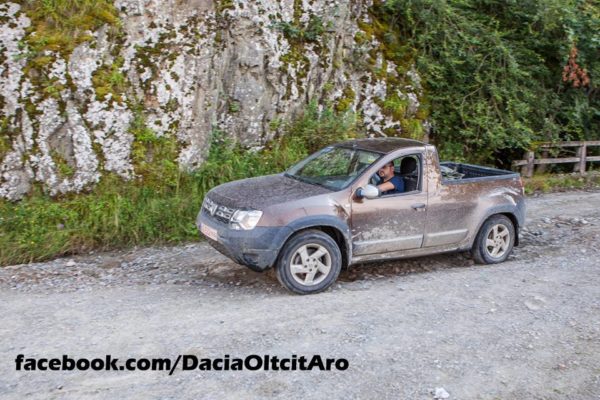 Technically, it isn’t a Renault. It carries the Dacia branding. But we hope to see one with a Renault badge soon.

Naysayers might point out that the vehicle could be a custom-made vehicle that has ditched the body panels and roof that lay behind the B-Pillar. But then, why would the vehicle possess unpainted bumpers at the front and rear?

Pick-Up trucks are supposed to be hardy, economical and frugal. Like beasts of burden. And unpainted bumpers are cheap to produce. It appears Renault ( Or Dacia ) is making a whole-hearted effort at the Pick-Up version of Duster. It looks production-ready, and an official unveiling might take place close to the home of Renault. Yes, there exists a fat chance of this Renault Duster Pick-Up variant being unveiled at the Paris Motor Show. 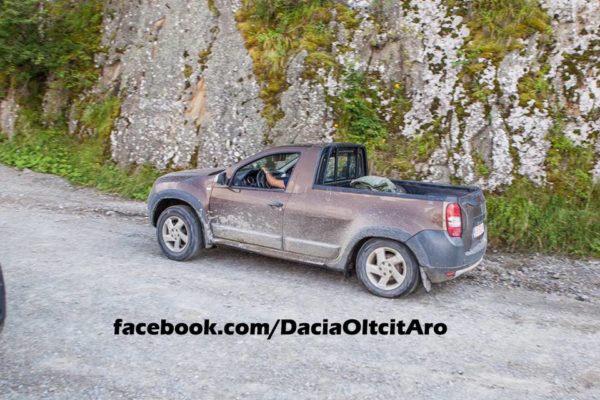 This pick-up variant of the Renault Duster will be intended for various markets like Brazil, India and South Africa. Engine options will likely remain exactly similar to those being offerd on the normal Duster crossover. Both 2WD and 4WD variants will be put up for sale. This vehicle will not find much takers in the urban areas. However, it will be a boon for people living in the hinterlands. While it will offer phenomenal luggage carrying ability, it will also offer a decent level of comfort. Gauging the popularity of the Renault Duster, one can definitely make out that the Pick-Up variant will be a moolah-maker for the French company.

Renault might assemble the Duster Pick-Up variant in its Morocco facility, since its Romanian plant is already running at full steam. Possible international competitors might include the Nissan Navara pick-up truck. In India, the sole rival will be the pick-up trucks raked out of Mahindra Boleros.