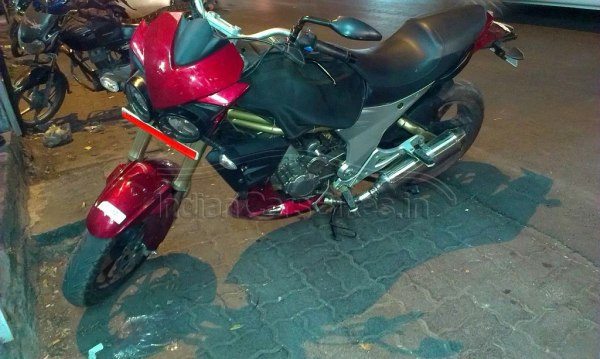 Regulars here would remember that we reported in detail when the Mahindra Mojo 300 performance bike was spotted by our avid reader in Pune. We also reported when Mahindra Two Wheelers told us that the bike will be launched before the end of this year and is undergoing final tests. The 300cc bike from Mahindra Two Wheelers has been spotted again and from what we can make out from the pics, the bike is pretty close to being launched in the fast developing Indian bike market.

The Mojo 300 will become the flagship product of Mahindra Two Wheelers and will compete with the very popular Honda CBR250R. The Mojo 300 was first seen in 2010 and is certainly taking its own sweet time coming to us. Mahindra says that the delay in the launch of the bike is due to the fact that unlike what was initially planned, the Mahindra is indigenously developing an engine to power the Mojo 300. This would enable the bike maker to give the Mojo an edge over its competition in terms of pricing. The Mojo seems to have been inspired by the Malaguti MR 250, which is a 250cc offering from a family owned Italian bike manufacturer. 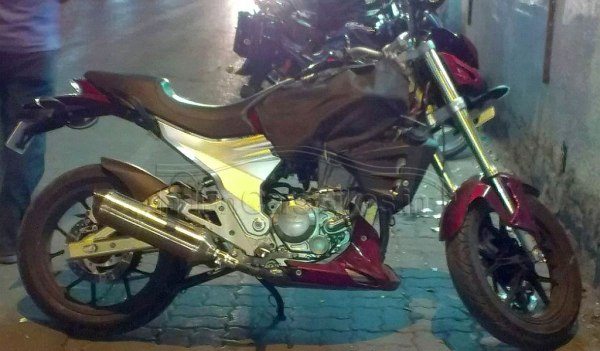 Powering the new Mahindra Mojo 300 is a fuel injected, liquid cooled, 292cc, single cylinder-four stroke motor that boasts of a 4 valve DOHC head and is mated to a six speed manual ‘box. The engine is being expected to have a max power figure of 29 PS.

It would sure be interesting to see how well a new player in the very competent Indian bike market fares with its first ever performance bike. 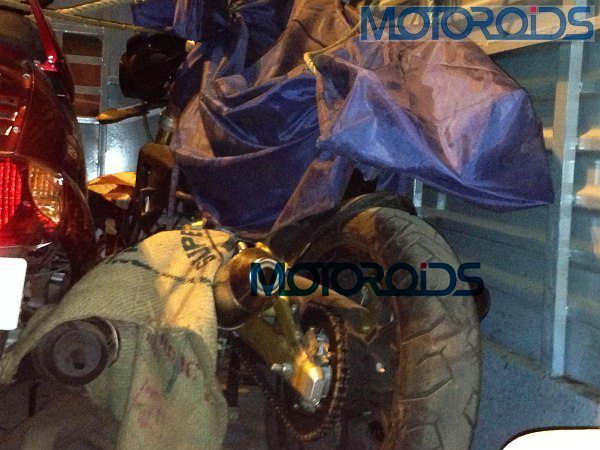