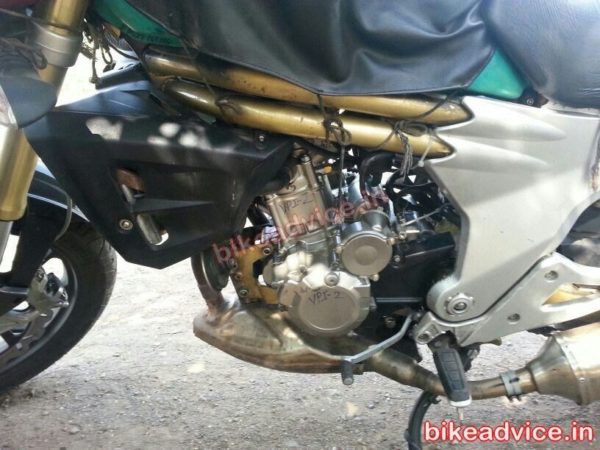 As we have been saying, the Mahindra Mojo 300 Speedo will greet us (yet) again at the Auto Expo as revealed by the latest batches of spy pics, would look somewhat unlike the prototype that was unveiled earlier. Also, the last sighting reveals that the bike would sport a semi-digi speedo console that, in a typical performance bike fashion, would consist of an analogue tacho and a digital speed. The Mahindra Mojo 300 Speedo spy pics reveals that the tacho is calliberated till 9500rpm, with the redline starting at 8500rpm.

The bike also gets a new fuel tank, which seems to be bigger and taller than the earlier one. The new fuel tank definitely makes the bike look more muscular. Previous pics also reveal that the bike would sport excellent Pirelli Sport Demon tires and disc brakes on both wheels

Bike aficionados would remember that the Mahindra Mojo 300 Speedo made its public debut way back in 2010 and the Mojo is definitely taking long to come to us. Since 2010, the bike has been received several updates, the most noteworthy of which is a home-grown engine (earlier, the manufacturer was to outsource the engine). We expect the motor to be thoroughly modern and at par with at least the 250cc rivals. 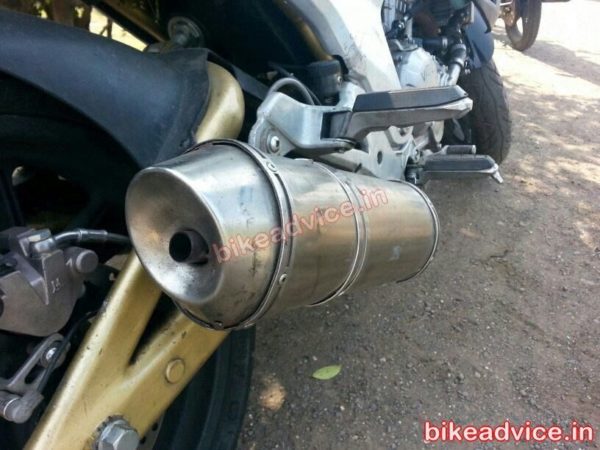 The Mojo 300 will be powered by a fuel injected, 300cc, single cylinder motor that would have a 4 valve DOHC head. The engine is likely to come mated to a six speed ‘box and could have a max power output of 31PS.

The upcoming Mahindra Mojo 300 will rival the lethal KTM Duke 390, the well sorted out Honda CBR250R and the stylish Hyosung GT250R.